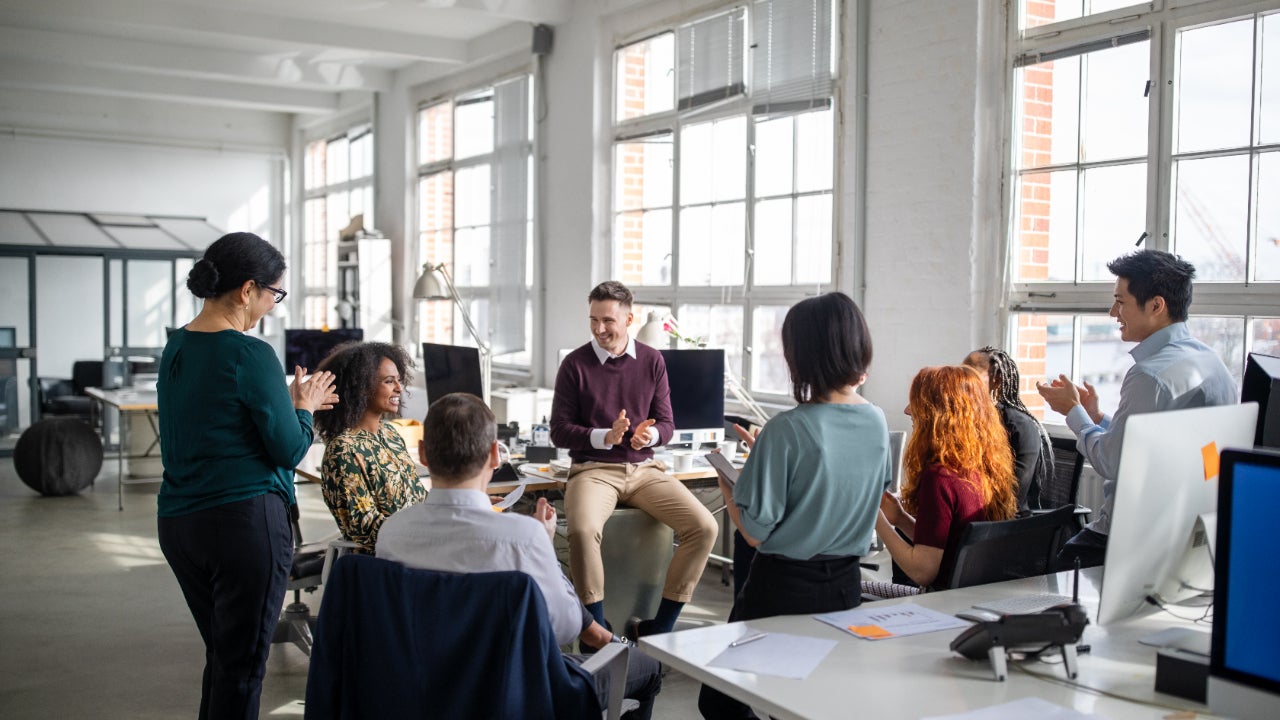 What is it and how does it work

An employee stock ownership plan, or ESOP, is a benefits plan that gives a company’s workers a stake in the business through company stock. Employees can become owners in a variety of ways, by directly buying company stock or by receiving company stock.

For employees, ESOPs offer a way to set aside money for retirement outside of traditional stocks and bonds. ESOP plans allow employees to invest directly in the company they work for and then realize potential gains on company stock after reaching age 59.5. In some circumstances, employees may realize their benefits sooner, but for most ESOP participants, the benefits are cashed out during retirement.

Below is an overview of how these plans work and how best to use them.

How does an ESOP work?

ESOP accounts are a type of defined contribution plan primarily intended for retirement. The National Center for Employee Ownership (NCEO) estimates there were nearly 6,500 ESOPs covering more than 14 million participants in 2020.

In order to establish an ESOP, a company first creates a trust fund into which it deposits either shares of the company or money to buy them. The company can also use the trust to borrow money to buy shares and then later deposit money into the trust to repay the loan.

The shares of this trust are then distributed and allocated to the company’s employees. Some plans allow employees to invest in company stock through their 401(k) plan, or the ESOP may match the employee’s 401(k) contribution with company stock .

Shares that are given to the employee can be held in a trust in the employee’s name until the employee resigns or retires. The stock distribution can also be tied to a vesting schedule, much like an employer match can be on a 401(k). Each company has its own vesting requirements, and once an employee is fully vested, they will have full ownership rights to their shares.

ESOPs are considered defined contribution plans and as such come with certain rules as to when shareholders will have full access to their money.

The amount an employee will receive is tied to the value of the shares awarded to them and the number of shares they received. The full number of shares will only be available once they vest, depending on their company’s vesting schedule.

Upon termination of a worker’s employment, the company can make an ESOP distribution in the form of stock, cash, or a combination of both. Typically, the ESOP plan redeems the employee’s stock and the employee receives the cash value of the stock.

Usually, the fair market value of shares is determined each year at an annual valuation. All shareholders are informed of the price, and it is what they can expect to receive if their shares are liquidated.

Payments are made either in a lump sum or over a period of (usually) five years. Longer-term payments are split into equal installments.

How long until I get my ESOP money?

Employers must begin distributions after a specified time, clearly stated in the plan agreement signed by the employee, although there are exceptions.

An important thing to remember is that ESOPs are qualified retirement plans and are subject to a 10% penalty if you hit the money before age 59½. However, dividends passed through the ESOP are not subject to this tax penalty.

Employees who reach the plan’s normal retirement age (which generally cannot exceed age 65, in the case of an ESOP), become disabled or die must receive their first payment from an ESOP plan during the next year of the plan.

Another exception is that employees who leave or are terminated must begin receiving distributions no later than six years after the year in which they left the organization.

Many times the plans will allow those who have been terminated to begin distributions at age 55, and they can do so without the tax penalty. In rare circumstances, ESOPs will allow employees to borrow against their plan, as 401(k)s sometimes allow.

ESOP plans have tax advantages that benefit both the company that issues them and the employees who receive the shares.

Company contributions to the ESOP trust fund are tax deductible for the company. If shares are deposited in the trust, the corporation can generally deduct the fair market value of the shares from its taxable income. Businesses can also deposit tax-deductible cash into the ESOP trust, using it at a later date to purchase stock on behalf of their employees.

For employees, they pay no tax on the contributions they make to the account. Employees only pay taxes when distributing the account, and even then may receive favorable tax treatment. Distributions from an ESOP can be transferred to an IRA or other tax-efficient retirement account, and any gains over time can be taxed as capital gains instead of income, potentially saving a lot of money. silver.

How do ESOPs compare to profit-sharing plans, another popular perk? The two plans share many similarities and a profit sharing plan is still technically a benefits plan, but there are key differences.

Profit sharing plans are incentive plans like an ESOP, but in a profit sharing plan, employees get a share of the company’s profits. The company decides what percentage of profit to provide, if any, to pay that year.

Profit-sharing contributions are usually made in cash and then placed in investments in addition to company stock. In contrast, ESOP plans reinvest in the business and in something employees are already shrewdly aware of – their own day-to-day work.

Benefits of an ESOP Plan

ESOPs can create a solid financial foundation for employees. According to a 2021 survey by the NCEO, companies with ESOPs provided greater financial security to employees before and during the pandemic, including better job retention, compared to comparable companies without ESOPs in place.

ESOP plans have positive effects on employee retention and the overall financial well-being of employees. The NCEO study found that companies with ESOP plans retained or added an average of 6 more employees from 2019 to 2020 compared to non-ESOP employers.

Companies also contribute more to ESOP plans than 401(k) matches. The same NCEO study found that the average annual employer contribution to an S ESOP plan (an ESOP owned by an S corporation) was 2.6 times greater than that of companies offering only a 401(k). About 94% of total ESOP contributions also came from the issuing company, compared to just 31% for 401(k) plans.

Participation in ESOP plans also comes with the potential for larger payouts. The NCEO reports that employees’ ESOP account balances hold about $67,000 more in retirement assets than employees at the average company.

ESOPs also often provide a market for shares held by outgoing members of a company, such as an owner or majority shareholder. About two-thirds of ESOPs are created for this reason, the NCEO explains.

At the end of the line

If you have the opportunity to participate in an ESOP plan, it’s a good idea to take advantage of the opportunity. ESOPs allow employees to own a stake in the company they work for every day, incentivize them to do what is best for the shareholders as a whole (since they are one) and provide increased financial stability. Although they come with the limitations of most defined contribution plans, ESOPs can be a great addition to retirement savings.

Withdrawal of a shareholder from a joint-stock company: must the modification of the articles of association be “substantial”? – Shareholders