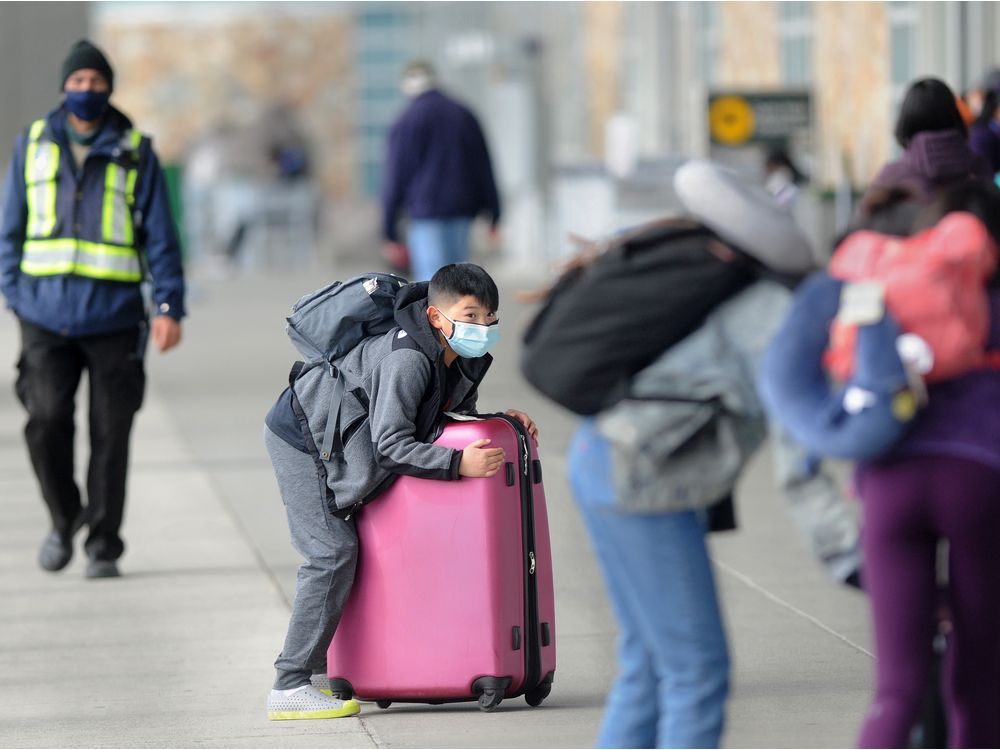 B.C. hoteliers have reacted jubilantly to Ottawa’s plan to drop most COVID-19 testing at the Canadian border on April 1, but say there’s still a lot of work to be done to fix the ‘mark damage” of the country and recover the most important international tourists.

“There has been such a mixed message and confusion about whether or not our border is open, especially since many competitors in other countries have been open for some time,” said Ingrid Jarrett, CEO of the BC Hotel Association.

“Our reaction to the relaxation of the testing requirement is jubilation,” she said. “We’ve been asking for it for some time.”

“There is significant optimism” among the members, she said.

But she said neither the federal nor the provincial government has aggressively promoted British Columbia as a destination for international travelers, who stay longer and spend more than domestic visitors.

“We really need them to say, ‘We’re open for business, we’re glad you’re coming, we really want you to come,'” she said.

Jarrett said national and provincial industry watchers predict tourism won’t return to pre-COVID levels until 2025 or 2026, “so there’s a long way to go.”

A strong overseas marketing campaign is essential. “It’s the hallmark of Canada. Things happened that were extremely damaging to the image of Canada,” she said, including the occupation of central Ottawa that lasted for weeks.

“We need a clear message that Canada is ready to welcome visitors back,” she said.

Canada needs to attract visitors from the UK, US, Australia and Germany, especially as BC residents who were traveling to the province during COVID now have international options.

“The border is now open and there is a border stampede to the south,” she said.

British Columbia this month announced a “policy framework” to provide money to the sector for event bid preparation and sponsorships to attract major arts, cultural and sporting events as well as conferences and public exhibitions.

And the province said it will fund Destination BC over the next three years to “promote British Columbia as a destination of choice in a highly competitive international market” to attract conferences and business events.

There will also be funding for post-secondary education and training to increase the workforce, with priority given to “Indigenous, immigrant or refugee applicants,” as well as those from remote or rural areas.

Recruiting and retaining staff is going to be a big challenge as the industry recovers, which is expected to take three to five years, said Walt Judas, CEO of the Tourism Industry Association of BC.

The lifting of border testing requirements is “the kind of news we were hoping for” for this season, as it allows operators to start planning, recruiting staff, ordering supplies and “preparing for a season much busier tourist.

“There is pent-up demand for people wanting to travel to Canada,” he said. “Anecdotally, many companies are saying bookings are up.”

He praised the province’s framework, but said details still needed to be fleshed out. The province committed $25 million in the 2022 budget for the sector, he said.

Tourism in British Columbia depends on airlines resuming, but there is always the possibility of further restrictions if COVID increases again.

Judas is more optimistic this year than he was a year ago, when public health orders were reinstated until the May long weekend because COVID began to spread.

“We are leaving much earlier this year,” he said. “There are some good signs this year that we didn’t see last year, like adventure tours and fishing lodges” to get reservations.

“Business travel is picking up again,” he said.

But he said staff shortages could block the full reopening of some businesses and that, along with uncertainty in consumer confidence, it is difficult to forecast revenue for this season.

“I can’t say it’s going to double this year, but there are better signs now than we had at this time last year,” Judas said.

Sign up to receive daily news from the Vancouver Sun, a division of Postmedia Network Inc.

Thank you for your registration!

A welcome email is on its way. If you don’t see it, please check your spam folder.

The next issue of Vancouver Sun Headline News will soon be in your inbox.

We encountered a problem during your registration. Try Again

Delmar Aluminum will double its investments in Egypt over the next five years: CEO – Markets & Companies – Business