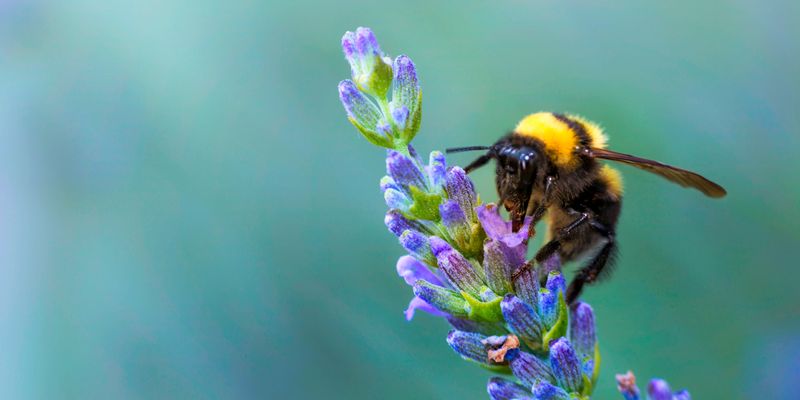 A new study by entomologists at the University of Maryland shows that the lifespan of individual bees kept in a controlled laboratory environment is 50% shorter than it was in the 1970s. When scientists modeled the effect of today’s shorter lifespans, the results were consistent with the increased colony loss and reduced honey production trends seen by American beekeepers in recent decades.

Colony turnover is an accepted factor in the beekeeping business, as bee colonies age and die naturally. But over the past decade, American beekeepers have reported high loss rates, forcing them to replace more colonies to keep operations viable. To understand why, the researchers focused on environmental stressors, disease, parasites, pesticide exposure and nutrition.

This is the first study to show an overall decrease in bee lifespan potentially independent of environmental stressors, suggesting that genetics may be influencing broader trends seen in the beekeeping industry. The study was published in the journal Scientific reports.

“We isolate bees from colony life just before they emerge as adults, so anything that shortens their lifespan happens before that time,” said Anthony Nearman, a PhD student at the University. Department of Entomology and lead author of the study. “This introduces the idea of ​​a genetic component. If this assumption is correct, it also indicates a possible solution. If we can isolate certain genetic factors, then we may be able to breed for longer-lived bees. »

Nearman first noticed the decline in lifespan while conducting a study with Associate Professor of Entomology Dennis van Engelsdorp on standardized protocols for rearing adult bees in the laboratory. Replicating previous studies, the researchers collected bee pupae from bee hives when the pupae were within 24 hours of emerging from the wax cells in which they were reared. Collected bees finished growing in an incubator and were then kept as adults in special cages.

Nearman was evaluating the effect of supplementing the sugar water diet of caged bees with plain water to better mimic natural conditions when he noticed that, regardless of diet, the median lifespan of his caged bees was half that of caged bees in similar experiments in the 1970s. (17.7 days today versus 34.3 days in the 1970s.) This has prompted closer scrutiny of laboratory studies published over the past 50 years.

“When I plotted the lifetimes over time, I realized, wow, there’s actually this huge time effect going on,” Nearman said. “Standardized protocols for keeping bees in the lab weren’t really formalized until the 2000s, so you’d think the lifespan would be longer or unchanged, because we’re improving in that area, isn’t Instead, we saw a doubling of the death rate.

Although a laboratory environment is very different from a colony, historical records of bees kept in the laboratory suggest a lifespan similar to that of colony bees, and scientists generally assume that isolated factors that shorten the lifespan of life in one environment will also reduce it in another. Previous studies had also shown that in the real world, shorter bee lifespans correlated with less foraging time and lower honey production. This is the first study to link these factors to colony turnover rates.

When the team modeled the effect of a 50% reduction in lifespan on a beekeeping operation, where lost colonies are replaced every year, the resulting loss rates were around 33%. This is very similar to the average winter and annual loss rates of 30% and 40% reported by beekeepers over the past 14 years.

Nearman and vanEngelsdorp noted that their lab-kept bees could experience some sort of low-level viral contamination or exposure to pesticides during their larval stage, when they are incubating in the hive and being fed by worker bees. But bees did not show overt symptoms from these exposures, and a genetic component of longevity has been demonstrated in other insects such as fruit flies.

The next steps for the researchers will be to compare trends in bee lifespans in the United States and other countries. If they find differences in longevity, they can isolate and compare potential contributing factors such as genetics, pesticide use, and the presence of viruses in local bee stocks.

– This press release originally appeared on the University of Maryland website