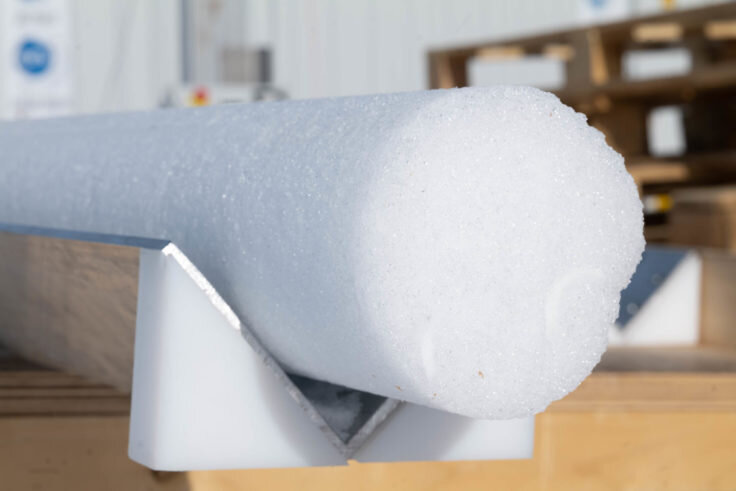 The drilling of the oldest ice on Earth is underway

Beyond Epica-Oldest Ice’s first ice core drilling campaign has been successfully completed at the remote site of Little Dome C in Antarctica, one of the most extreme places on Earth. By analyzing a deep ice core extracted from the Antarctic ice sheet, scientists seek to gain insights into changing temperatures, atmospheric composition and carbon cycling over the past 1.5 last million years.

BAS scientist Dr Robert Mulvaney was part of the site selection team that spent three years looking for the perfect place to extract this ice core. Finally, after the delays due to COVID during the 2021/22 campaign, the team completed the setup of the field camp, set up the drilling area reaching a depth of 130 meters, completed the temporary storage cave and installed the complex drilling system. The goal is to reach a depth of about 2,700 meters, the thickness of the ice at Little Dome C, an area of ​​10 km2 located 34 km from the Italian-French Concordia station.

The campaign is an unprecedented effort in paleoclimatology studies to reveal invaluable information about temperature and the concentration of greenhouse gases in the atmosphere in the past. Glaciologists, engineers and technicians from the international team worked at an altitude of 3,233 meters, more than 1,000 km from the coast. Strong gusts of wind and a temperature almost always below -40°C, with minimums at -52°C, made setting up camp even more difficult.

Carlo Barbante, director of the Institute of Polar Sciences of the Italian National Research Council (Cnr-Isp) and professor at Ca’ Foscari University in Venice, is the project coordinator. He says:

“We are very pleased with the work done so far. Our next campaign will involve a final test of the drilling system followed by rapid deep drilling. We believe this ice core will give us information about past climate and on the greenhouse gases that were in the atmosphere during the Mid-Pleistocene Transition (MPT), which occurred between 900,000 and 1.2 million years ago. , the climatic periodicity between ice ages has increased from 41,000 to 100,000 years: why this happened is the mystery we hope to solve.”

Our planet’s climate and environmental history are archived in ice, which can reveal information dating back centuries, even hundreds of millennia, about changing temperatures and the historical composition of the atmosphere, including levels of greenhouse gases such as methane and carbon dioxide. .

Dr Robert Mulvaney, who is part of the Beyond EPICA project and who helped with site selection, says:

“I am delighted that the drilling of the oldest ice core is finally underway. It has been almost twenty years now since the first EPICA drilling project reached the bottom of the Antarctic ice sheet at almost 3200 meters. and gave the world the unmatched record of how our climate and greenhouse gases have changed over the past 800,000 years. Now we want to get older ice, to understand how our climate and atmosphere have changed for 1.5 million years After three years of searching for the best site to drill, we are now finally on our way Only 130 meters this year but the drill camp and drilling infrastructure are now operational Personally, I’m looking forward to next season when I join the drillers to hopefully drill the next 1000 meters on our way to bedrock.”

This international research project started in 2019 and will last seven years. It is funded by the European Commission to the tune of €11 million and supported by significant financial and in-kind contributions from participating countries. The project is coordinated by the Institute of Polar Sciences of the Cnr (National Research Council of Italy).

Antarctica: Beyond Epica explores the climate of the past

This document is subject to copyright. Except for fair use for purposes of private study or research, no part may be reproduced without written permission. The content is provided for information only.

This stock in IT company MNC offers a 5.5% dividend yield, is debt-free, with a strong brand