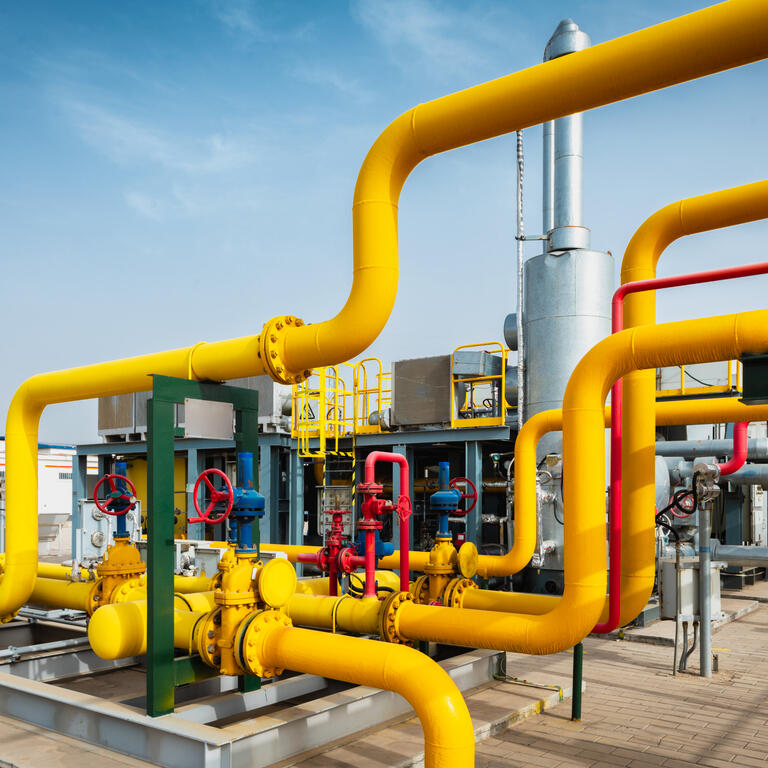 Southern Company Stock: Transitioning to the Future (NYSE: SO)

Southern Company (SO) is an electric and gas utility and generator company based in the southeastern United States. The company has made a point of moving away from coal and reducing carbon emissions, in part by investing in its nuclear capacity. While the high regulatory risks and capital-intensive nature of the energy industry present their own challenges, the Southern company has growth prospects and secular trends that could drive the stock higher in the long term.

Southern Company is essentially a holding company, owning all of the outstanding shares of three power companies operating in the southeastern United States. Alabama, Georgia, and Mississippi Power are all electric utility companies, providing retail and wholesale energy services. In addition, Southern Power, also owned by the parent company, is a developer and manager of power generation assets, which include renewable energy and battery storage projects, selling electricity at tariffs based on the market in the wholesale market. Finally, Southern Gas, the group’s fifth major holding company, focuses on the distribution of natural gas in four states – Illinois, Georgia, Virginia and Tennessee.

Despite many challenges arising from the global COVID-19 pandemic, the Southern company has managed to continue its operations efficiently and safely, providing its essential services to its customers. While a slowdown in industrial and commercial operations has negatively affected sales, as SO mentions in its latest Presentation Q3, sales have returned to pre-COVID levels.

While net income posted a significant decline of -24% in 2020, management points out that most of this variation is attributable to a $2.6 billion ($1.4 billion after tax) a gain on the sale of Gulf Power in 2019 and after-tax charges totaling $242 million in 2020 related to Georgia Power’s construction of Plant Vogtle Units 3 and 4, South Company investment-related expenses in nuclear energy. In fact, the company still managed to increase its dividend from $2.46 in 2019 to $2.54 in 2020. Electricity operating revenue for 2020 was $16.5 billion, revenue retail and wholesale electricity sales representing 80% of total sales.

With customer growth being a critical part of Southern Company’s growth, it is important to examine demographic trends in the regions where the company operates, both through the three power companies and the distributor of natural gas. Unlike most developed countries, the US population has experienced steady growth over the past century and although lower growth rates are projected for the future, the trend remains positive. The southeast region of the country is experiencing decent population growth, with positive demographic trends, particularly in the states of Georgia and Tennessee, and Virginia showing above-average population increases. The fact that internal migration is driving most of the growth in these states is also a positive catalyst.

To be more specific, Tennessee has seen a population growth of 9.3% since 2010, while the states of Georgia and Virginia have recorded 11.5% and 7.2% increases over the same period. On the other hand, Alabama and Mississippi share some difficulties, registering growth rates of 3.2% and -0.1% respectively.

In an effort to reduce its carbon footprint, Southern Company is aggressively moving away from coal as a source of power generation. Over the past decade, the number of coal-fired units operated by the company has decreased by more than 65%. For the 2020s, management plans to further minimize coal capacity, projecting a reduction in coal units from 18 at the end of 2020 to just 8 units through 2028. Coal capacity is also expected to decline at rates similar.

As an eco-friendly business model is a recipe for sustainable growth, Southern Company is also turning to nuclear energy. The completion of Vogtle’s Units 3 and 4 at the Georgia plant is a high priority project, with the plant expected to provide carbon-free power to customers for the next 60 to 80 years. Both units are expected to be in service by the end of 2022. Continued progress towards greenhouse gas emissions is also being recorded.

For the year 2021, increases are expected in the turnover and net income of companies in the South. Revenue for 2021 is projected at $22 billion, implying annual growth of 7.5%. Earnings are expected to follow a similar trajectory with EPS forecast at $3.38, up 4%. Analysts also expect mid-single-digit growth in sales and earnings for the foreseeable future.

In terms of valuation multiples, the Southern company appears to be trading above historical 10-year averages, with P/E, P/S and P/B ratios of 24.07x, 3.21x and 2.50x respectively. While respectable growth prospects are most likely priced in, leading to multiple expansions, it is important to remain cautious with Energy sector valuations, in my view. Compared to the sector, SO appears to be valued at a small premium, earning a C grade for its Seeking Alpha valuation attractiveness.

Dividend payouts are another point of attraction for potential investors. The Southern company is on its way to becoming a dividend king, having increased its dividends for 20 consecutive years. Currently, the company offers a generous dividend yield of 3.90%, with a 5-year CAGR of 3.35%. On the valuation side, however, it’s worth mentioning that SO’s yield is near 10-year lows, again indicating that the stock could be pricey today.

While many analysts expect the energy sector to outperform in 2022 as markets move away from aggressive growth towards more value-oriented companies, offsetting interest rate hikes, Southern Company presents a solid choice in the sector. A high dividend yield also offers some comfort to the inflation-concerned investor. Overall, in my opinion, without expecting huge performance results from the southern company, investors should have a smooth ride over the next few years, despite some valuation concerns that currently weigh on the title.