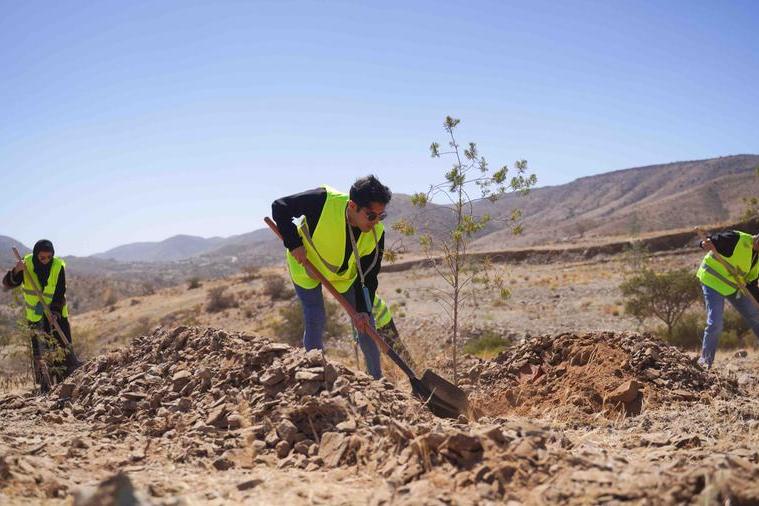 Saudi Arabia: Soudah Development (SD), a private equity real estate development company wholly owned by the Public Investment Fund, today announced its participation in the 2nd Saudi Green Initiative Forum, which will take place from 11 to November 12, accompanied by a gallery which from November 7 to 18 under the theme “From ambition to action”, bringing together government and business leaders, heads of international organizations, as well as experts in sustainability, environment and energy, to build on progress towards its climate action goals. The Saudi Green Initiative Forum is taking place on the sidelines of the United Nations Climate Change Conference (COP 27) in Sharm el-Sheikh, Egypt.

SD’s initiatives include a plan to plant more than one million trees by 2030, reintroduce endangered wildlife species – like the ibex – into their natural habitats, and conserve the extraordinary biodiversity to accelerate a greener future through three landmark sustainability initiatives demonstrating its commitment to protect, restore and re-wild the Kingdom’s highest peak.

This year, Soudah Development is continuing its reforestation efforts to increase vegetation cover and help restore natural mountain ecosystems by reintroducing 23 ibexes to their natural mountain habitat and re-rescuing the vital biodiversity natural areas of Soudah and Rijal Almaa, with the aim of contributing to the goals of the Saudi Green Initiative, which include reducing emissions by more than 278 million tonnes per year by 2030, planting 10 billion trees and increasing protected areas to more than 30% of the total marine and terrestrial areas.

“We are delighted to return to the Saudi Green Initiative Forum and look forward to demonstrating our commitment to sustainability, responsible tourism and the Kingdom’s overall environmental goals,” said Saleh Aloraini, CEO of Soudah Development. “Our initiatives aim to restore the natural ecosystem on the Kingdom’s highest peak allowing nature to take care of itself. With unique natural resources and dense vegetation cover, the project area has extraordinary biodiversity that We are committed to retaining leaders gather in Egypt, we look forward to using this historic conference to promote a new era of sustainable mountain tourism in Saudi Arabia and establish Sudah as one of the world’s leading sustainable destinations.”

Soudah Development’s sustainable development efforts have received strong recognition from the United Nations. During the 77th UN General Assembly, a global report by the UN Secretary General highlighted SD as the only Gulf developer to join the UN Mountain Partnership – a voluntary organization with over 400 global members , including governments, public entities, private companies and civil society groups committed to improving the lives of local communities and protecting mountain ecosystems.