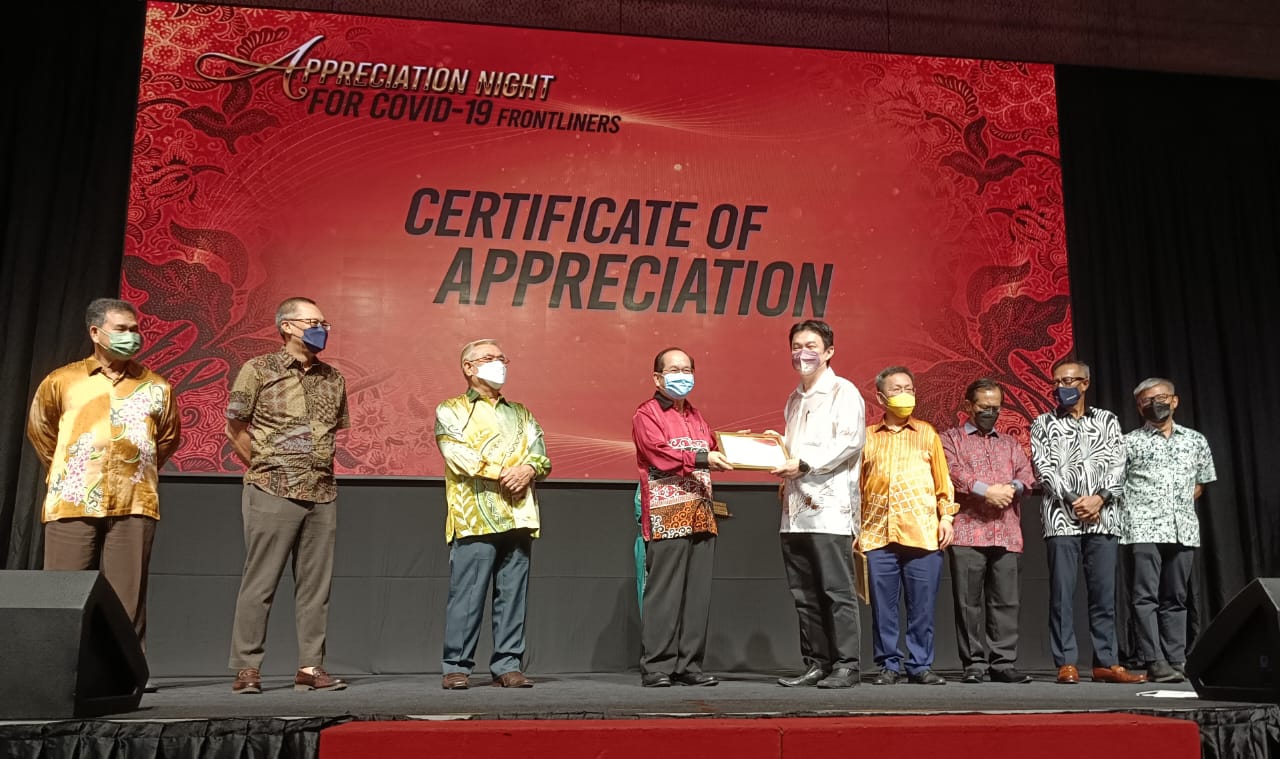 SIBU (Aug 28): The Sarawak Disaster Management Committee (SDMC) has committed around RM300 million in running costs to the fight against Covid-19, its chairman Datuk Amar Douglas Uggah Embas has said.

“In Sarawak, we paid for quarantine. Meanwhile, it was 14 days (quarantine) for those returning to Sarawak.

“These are the costs that we incurred (in operation). This did not include the purchase of vaccines as they were provided free by the federal government,” he told reporters after officiating at the Frontliners Central Region Covid-19 Appreciation Night here last night.

The Deputy Prime Minister was asked to elaborate on the details of operating costs he mentioned in his speech earlier.

Regarding Covid-19 testing capacity, he said initially, the state was conducting about 2,500 tests per day, but the number was increased to about 6,000 tests per day later.

“So this test too, we paid. We sent some of the test samples to Kuala Lumpur and some were done in the private sector here,” he added.

“We thank our Prime Minister, without this (funding), our immunization program would have been handicapped.

“Imagine the inland areas like Ulu Baram, Ulu Batang Rajang and the coastal area which are very remote but we had the full support of the state government. Our priority was to save lives that’s why we wanted to make sure vaccines get to everyone as quickly as possible, especially indoors,” Uggah said.

Earlier in his speech, Uggah shared his experience and the challenges faced when Covid-19 was at its peak in the state.

“We can handle any challenge that comes our way, as long as we cooperate and support each other,” he said.

Deputy Minister of Education, Innovation and Talent Development I Dr. Annuar Rapaee, who is the coordinator of Sibu Divisional Disaster Management Committee (SDDMC), also shared his experience during difficult times.

Stocks in Japan, South Korea and Australia down 2% after Powell speech