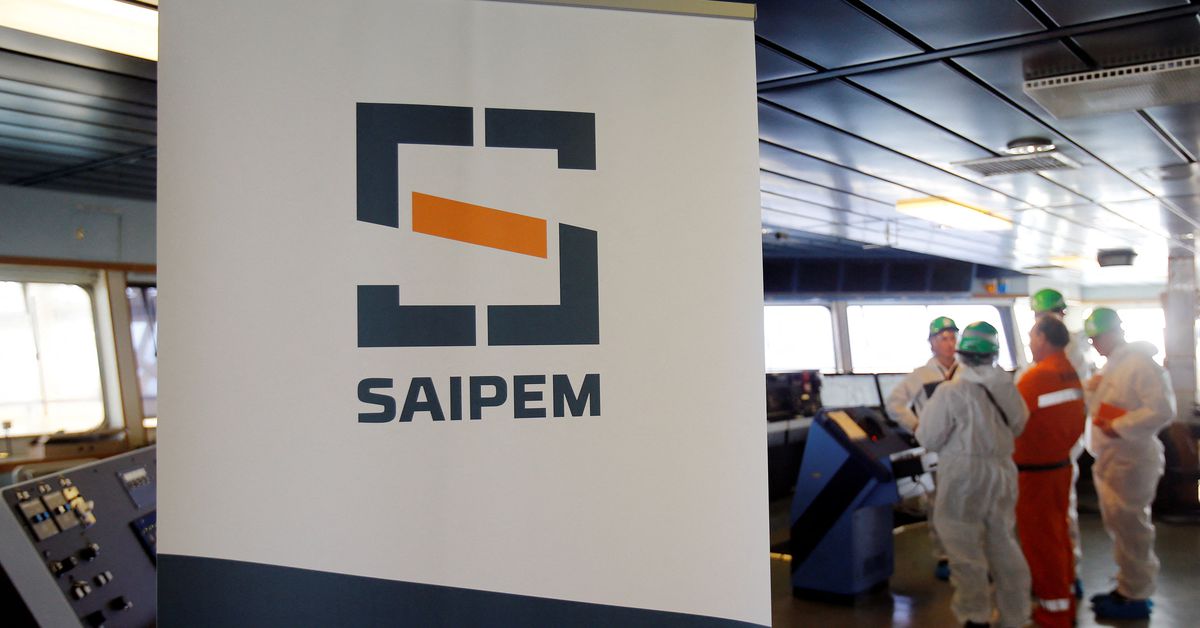 A Saipem logo is seen on the deck of the deepwater drilling vessel Saipem 10000 in the port of Genoa, Italy, November 19, 2015. REUTERS/Alessandro Garofalo

Saipem said on Monday it had raised around 1.395 billion euros ($1.4 billion) at the close of a hyper-dilutive capital raise launched last month as part of a plan to stabilize its finances and refocus its activities after a surprise profit warning in January. . Read more

A pool of banks has undertaken to absorb the rights not exercised in order to guarantee coverage of the entire amount of the capital increase.

A Milan-based trader said unexercised rights were likely higher than banks expected, with a likely excess of shares they will try to put on the market.

“Neither institutional investors nor retail investors seem really confident in the group’s turnaround,” he added, raising the prospect of the company being delisted at some point.

Under a new plan presented in March, the company, controlled by energy group Eni (ENI.MI) and Italian public lender CDP, promised to cut costs and focus more on its engineering activities and legacy offshore construction (E&C), where it expects year-over-year growth. 8%, particularly in the Middle East and Africa. Read more

Saipem will offer unexercised rights on the Italian stock exchange on Tuesday and Wednesday, with the subscription for the shares concerned to be finalized on Thursday at 12:00 GMT.

Bestinver analyst Marco Opipari said in a report on Tuesday that he expected Saipem’s market price to “converge towards underwriting value.”

Saipem offered its new shares at an issue price of 1.013 euro each, on the basis of 95 new shares for one ordinary or savings share held.

The stock traded above the subscription price throughout the offering period due to the structure of the capital increase, which made it impossible for investors to sell it short.