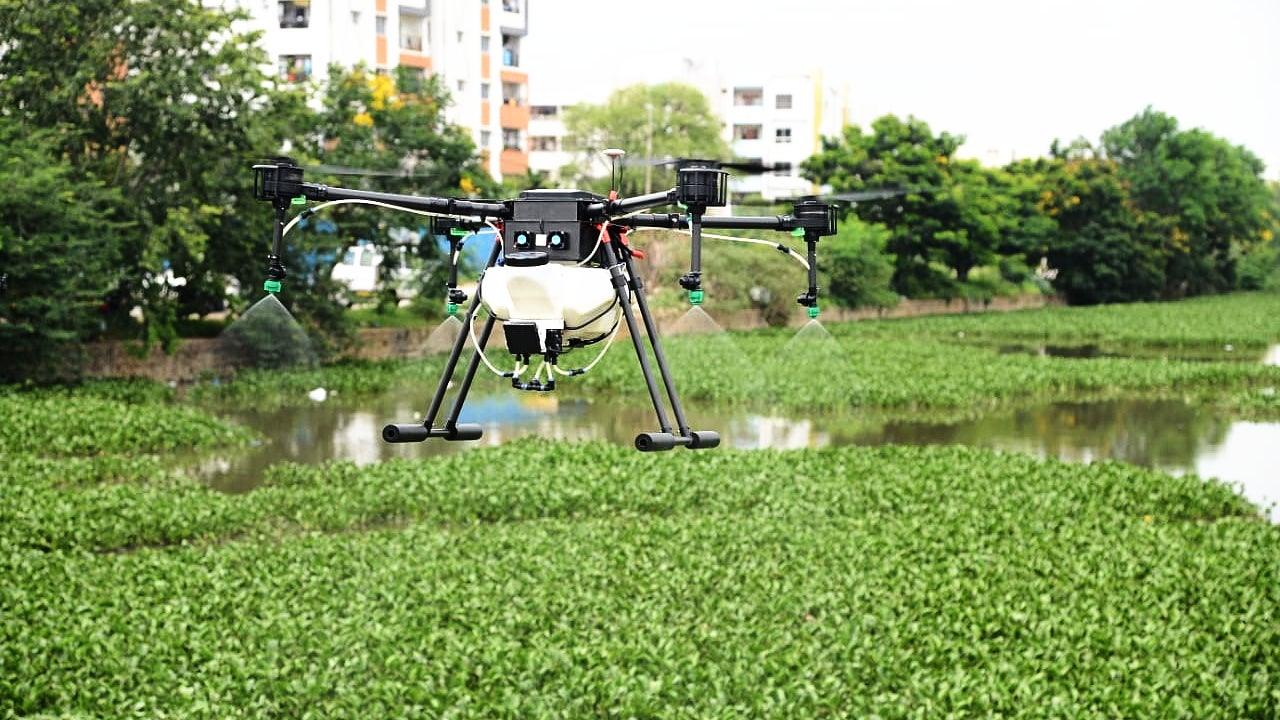 According to Agnishwar Jayaprakash, Founder and CEO of Garuda Aerospace, Modi practically inaugurated the drone manufacturing facilities at two locations and pushed a button to take 100 Kisan drones simultaneously to 100 villages.

The 100 drones started agricultural spraying operations in 16 states to celebrate 75 years of independence as part of the “Azadi Ka Amrit Mahotsav”, Jayaprakash added.

“Glad to have seen Kisan drones in action in 100 locations across the country. This is a commendable initiative by a dynamic startup, @garuda_india. Innovative technology will empower our farmers and make the more profitable agriculture,” Modi tweeted.

Modi said the occasion would be a milestone for the drone industry and open up several possibilities.

“I was told that Garuda Aerospace has planned 1 lakh ‘Made in India’ drones over the next two years. This will provide jobs and opportunities for hundreds of young people,” Modi said.

This year, budget announcements had prioritized technology and innovation and mentioned the use of Kisan drones among the various sectors where drones can be used.

“After liberalizing drone rules in 2021, the government has consistently encouraged Aatmanirbhar Bharat with major policy decisions on Shakthi drone and by banning the import of foreign drones,” Modi added.

“We have rested our faith in young talent and put in place new appropriate policies,” the PM said and appreciated the young people taking risks in the new field, although he assured that the Center would always support them. .

Garuda has leased space to manufacture its drones from Defsys Solutions in Gurugram, Jayaprakash said.

According to him, Defsys Solutions facilities are equipped with advanced prototype design and testing capabilities.

The 2.5-acre facility is a hub for drone software design, hardware structural testing, type certification, and a manufacturing capacity of 40 drones per day.

Garuda’s proposed Chennai factory is located on a 20-acre facility where mass manufacturing capacity of 100 drones per day and manufacturing of 100,000 Kisan drones are planned over the next two years, Jayaprakash added.

“The launch of our drone facilities by the Prime Minister fuels Garuda’s vision to become India’s first-ever unicorn drone startup that manufactures six lakh drones and deploys one drone in every Indian village by 2025,” said said Jayaprakash.

The above article was published by a news agency with minimal changes to the title and text.