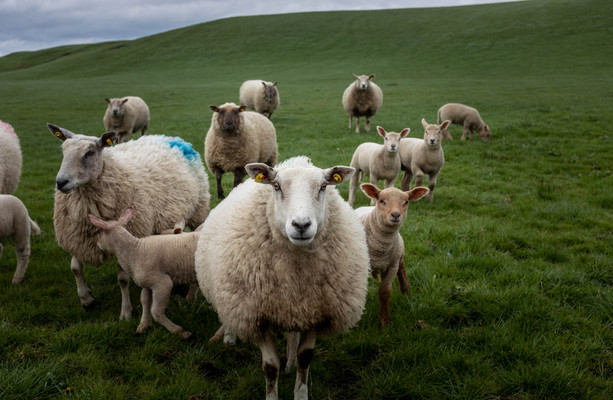 A REPORT THIS WEEK said emissions from the Irish agricultural sector will rise by 2030 unless all currently planned policies are implemented.

The Environmental Protection Agency report urged the sector to define more clearly how it will reduce its environmental impact in the years to come.

The sector is to give more details on how it will reduce methane emissions in particular, according to Ireland’s emissions report 2021-2040.

The EPA’s assessment set a broader tone of warning – more work is needed for the government to meet its legally binding goal of reducing global greenhouse gas emissions by 51% by 2030.

“All sectors have work to do, especially the agricultural sector,” said EPA Director General Laura Burke.

“More clarity is needed” on how and when the sector will implement actions to reduce methane by 2030.

Emissions of methane, a potent greenhouse gas, must be reduced by up to 30% for the sector to meet the lower end of its 2030 reduction target, according to the EPA report.

Burke said the EPA is “particularly concerned” about the agriculture sector as things stand.

“What we are talking about now in terms of agriculture is how do we transform the sector? she told RTÉ radio’s Morning Ireland program.

How can we get away from this argument of efficiency or impact, because we see it not only with greenhouse gas emissions, but also with water quality and other environmental indicators.

“What we want is a vibrant rural area, but it has to be done in a sustainable way.”

She said Ireland was just “talking, but we’re not walking”.

“We need to move from these ideas to concrete implementation on the ground.”

The EPA report considered two scenarios in its emissions projections.

One of them predicted that emissions from agriculture 1.9% increase 2020-2030, based on the climate measures put in place or initiated by the government at the end of 2020.

But if the policies of the most recent Climate Action Plan released late last year were implemented, emissions from the sector would fall by just over 20%.

Ireland and more than 100 other countries pledged last year to cut global methane emissions by 30% by the end of this decade.

However, Ireland’s overall methane reduction target is at least 10% by 2030.

This has been defined in the government’s food strategy Food Vision 2030.

Tom Arnold, Ireland’s special envoy for food systems and former chair of the committee behind Food Vision 2030, maintains that the 10% target was “probably the best that could have been agreed at the time of our report”.

“But there was a clear recognition that it was going to have to be revised upwards in light of the national objectives enshrined in the legislation,” Arnold said, speaking to The newspaper for its Temperature Check climate newsletter.

“When we were finishing our report, the government had not yet finalized the national targets, including the one for agriculture.

It’s not just methane, of course. There are other issues that I think are extremely important…like the whole issue of water quality.

He said the EPA’s report this week “puts more pressure” on the agricultural sector to increase the plans in place to reduce emissions.

I think we’re just going to be under constant pressure to improve the way we do farming.

“I think the days of fast dairy production are over, at least for now,” he said.

“I think we’re getting to the point now where, particularly in dairy, probably the best you can do is to get to a steady state.”

He said it “remains to be seen” whether the agriculture sector will change and adapt enough to meet 2030 emissions reduction targets.

“We’re going to have to judge by results,” Arnold said.

“If we don’t see the beginning of a downward movement or improvement in the direction of the targets, there will be greater demand for more serious adjustment measures in agriculture. I think it’s as simple as that.

Methane is emitted during the production and transportation of fossil fuels and in agriculture by livestock such as cattle and sheep.

The most recent report from the Intergovernmental Panel on Climate Change (IPCC) pointed out that rapid changes in emissions like methane can lead to “rapid climate effects”.

Reducing methane emissions can both reduce the effects of global warming and adverse effects on air quality, the IPCC documents point out.

John Spink, crop, environment and land use program manager at Teagasc, said reducing emissions is a “big challenge” for the agricultural sector.

“I think we have technologies in development or being tested that could make a big contribution to that in terms of things like feed additives to reduce methane emissions from livestock,” Spink said, speaking to The newspaper at the World Potato Congress in Dublin this week.

According to Justin McCarthy, editor of the Irish Farmers Journal, farmers have always responded well to political guidance.

“I’m not here to try to say we don’t need to reduce the environmental footprint of food production, but we do need a just transition,” he said earlier this week on RTÉ Today with Claire Byrne.

“And we have to be realistic about the impact of this on the 135,000 farming families across rural Ireland.”

Also speaking on the programme, Friends of the Earth Ireland director Oisín Coghlan said years of inaction on climate change has put all sectors in a difficult position.

“There’s no point in pretending otherwise – it’s going to be disruptive.

We left it so long that the choice is now between total sweetness and a little disruption. It’s between disruption now to make the changes we need, or destruction later because of climate change.

MEMORY LANE: How coal pits once littered the landscape of the Keighley area