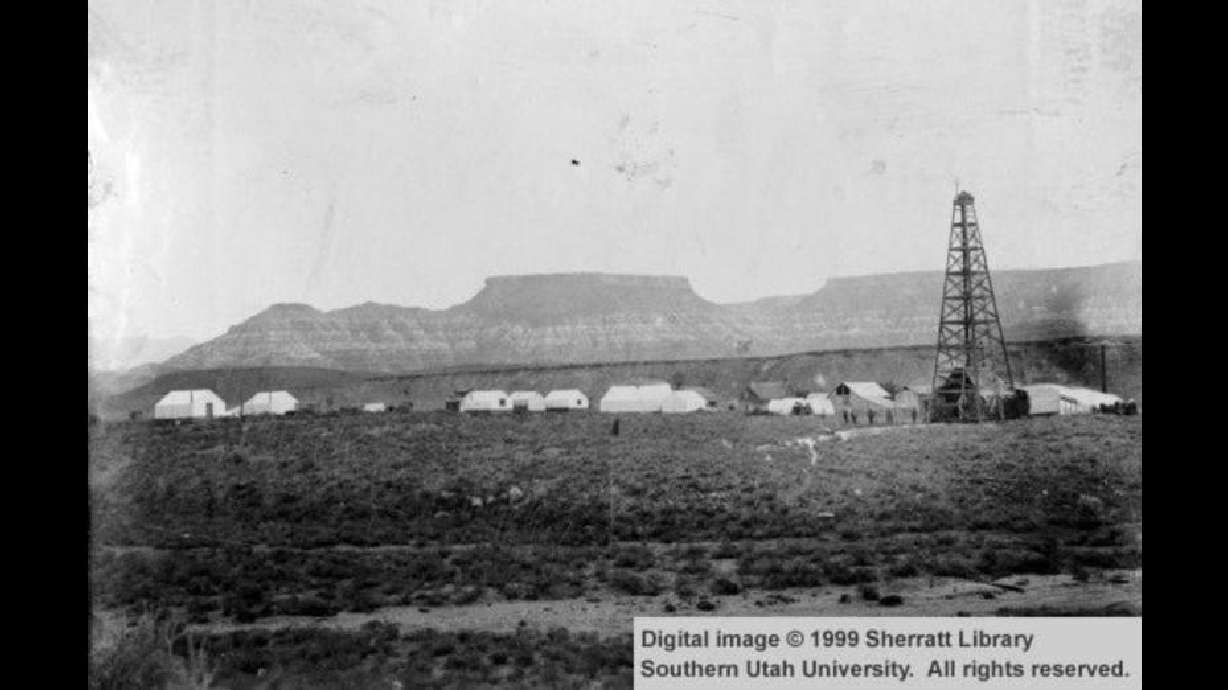 ST. GEORGE – There is virtually nothing visible in the landscape of Washington County, Utah, that reminds anyone of oil drilling attempts in the early 20th century. It was a time when these early oil entrepreneurs and local residents themselves hoped to see a jolt in the local economy through “black gold”.

This optimism proved unfounded, especially when tragedy struck one of the oil drilling operations in 1935.

In 1907 oil was discovered about 2 miles northeast of Virgin. Shortly after the discovery, an active period of oil exploration began with around 15 wells drilled, mostly around Virgin. Most wells were failures, producing only small amounts of oil and gas. One of these wells has been said to produce up to 36 barrels per day, but most agree that these claims were exaggerated. There wasn’t much market for oil at the time, except as fuel for further drilling. The financial panic at the time reduced the capital needed for more exploration, so it ceased, notes the Washington County Historical Society website.

Nothing happened with the wells until 1918 when the Virgin Dome Oil Company incorporated and began operating three producing wells. The company started pumping and established a small local refinery. By September 1920, one of the wells was 2,200 feet deep, and the total production from the four producing wells (the other three of which were only 550 to 600 feet deep) was only about 20 barrels per day. Most of that production came from one well, with the other three pumping more water than oil, the WCHS website explains.