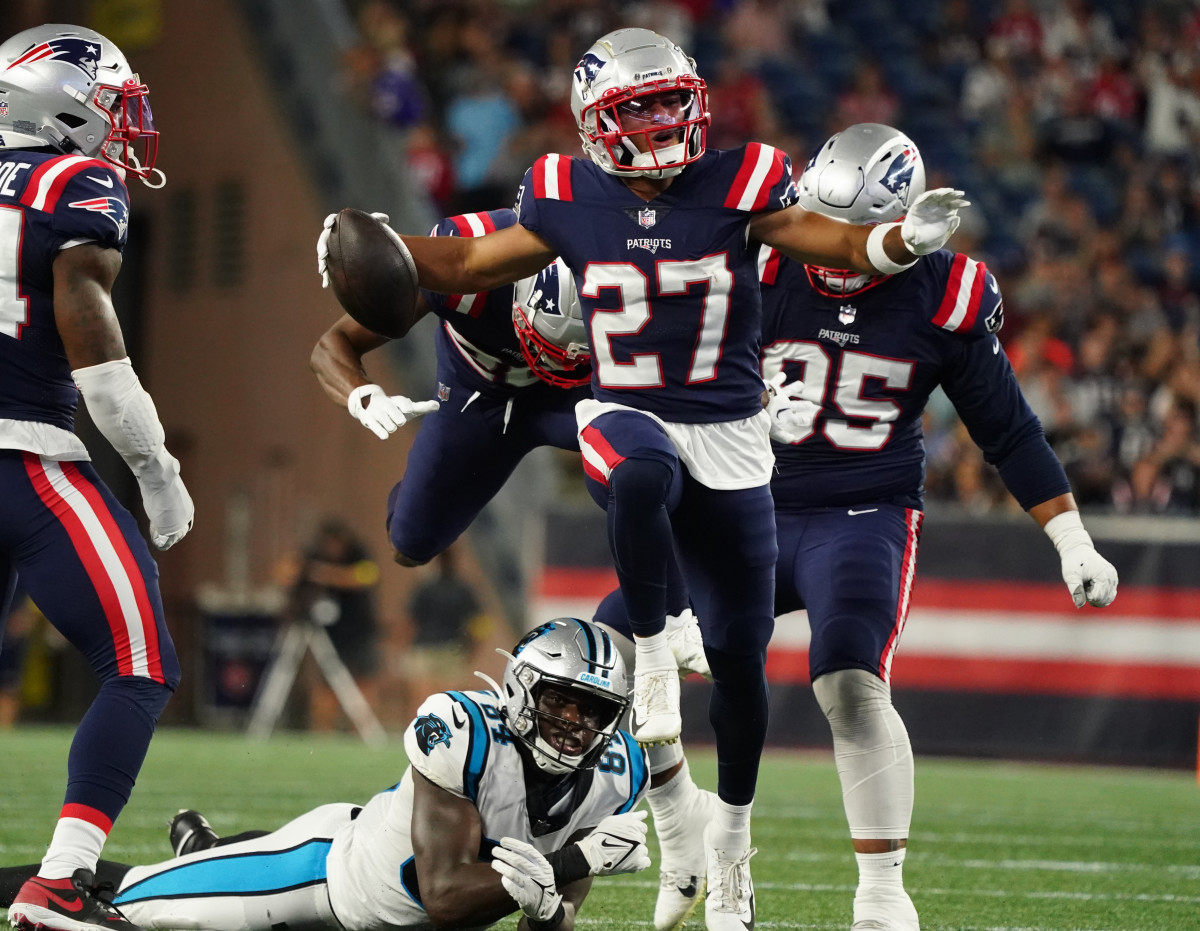 FOXBORO — Fresh off their 20-10 victory over the Carolina Panthers on Friday at Gillette Stadium, the New England Patriots continue to provide updates on their performance on both sides of the ball.

As we approach a week in which the Pats will participate in joint workouts with the Las Vegas Raiders (culminating with their preseason game at Allegiant Stadium on Friday, August 26), there are many areas in which they will seek to improve. While analysis of game footage will be the primary focus, a look at playing time can help the Pats devise effective strategies moving forward.

Here’s a look at the Patriots’ defensive snap count, as well as possible information on New England’s future game schedule.

On defense, the Pats’ total snap count was 61 against the Panthers.

The Pats left no doubt as to the identity of their “core four” on the defensive front. Linemen Christian Barmore, Davon Godchaux, Lawrence Guy and Deatrich Wise Jr. dominated early shots with the starting unit, as each should be a safe bet to make the opening day roster.

The most contested positional battles along the front seven are between reserves. Surprisingly, rookie Sam Roberts led all defensive linemen, taking 27 snaps Friday night. Not only did the Northwest Missouri State sixth-rounder log a lot of playing time (for a preseason game, that is), it also made the most of its time. in the field. Roberts contributed a three-yard tackle for the loss, as well as a fumble recovery for a touchdown. His increased use in the last two games could be an indication of his consideration in the Pats’ plans for the job in 2022.

Fellow reserve defensive linemen Daniel Ekuale, Henry Anderson, Jeremiah Pharms and Carl Davis have each played on at least 20% of the team’s defensive snaps. It will be interesting to note which of the four is spending a lot of time on the court during joint workouts this week with the Las Vegas Raiders. Conversely, seeing any of the aforementioned players play deep in Friday’s pre-season finale may mean their unstable spot in the roster bubble.

Linebacker Anfernee Jennings led his position group, recording 28 defensive snaps. The Alabama product started Friday against Matthew Judon on the road. However, Jennings continues to stand out among its competitors. His ability to win his battles with blockers, as well as give the advantage, makes him a strong presence. Although Jahlani Tavai started alongside Ja’Whaun Bentley at inside linebacker, Raekwon McMillian led all inside linebackers on the night playing 27 defensive snaps.

At safety, the Patriots gave the go-ahead to the familiar trio of Devin McCourty, Adrian Phillips and Kyle Dugger. As such, New England should field one of the NFL’s top triumvirates in the position. With newcomer Jabrill Peppers out of the lineup, Joshuah Bledsoe continued to make his mark, recording 25 defensive snaps, earning two tackles and a forced fumble, which he also recovered.

After the season-ending losses of Joejuan Williams and Malcom Butler to injuries, the Pats’ cornerback roster has thinned out a bit. However, the tandem of Jalen Mills and Jonathan Jones on the perimeter has seemed quite effective, so far. Myles Bryant led the way in the slot taking 27 snaps, winning the battle against rookie corner Marcus Jones. Based on their use on Friday, as well as in joint practices with the Panthers, this suggests that Bryant and Jones will figure prominently in the Pats’ defensive field in the upcoming season.

Despite only seeing the field for five defensive snaps, undrafted rookie Brenden Schooler led all of the Pats’ special teams in making 18 snaps in the kicking game. The University of Texas product continues to make the case for earning a spot on the roster. On Friday, Schooler recorded a special teams tackle and downed a punt. He also helped secure the Patriots victory with an interception late in the fourth period. Fellow undrafted rookie defensive end DaMarcus Mitchell also lined up for 17 special teams snaps, including earning a run with New England’s starting unit.