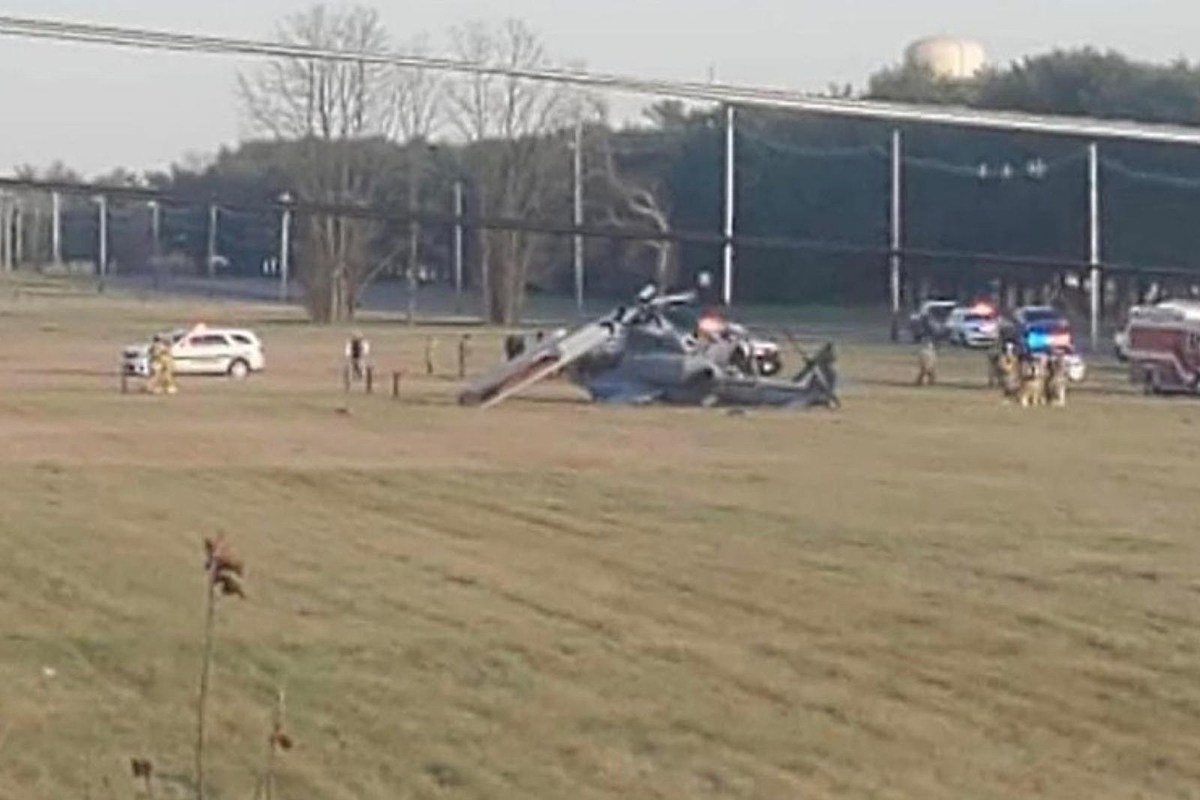 WRIGHTSTOWN – Two soldiers were hospitalized in stable condition after their helicopter crashed outside McGuire-Dix-Lakehurst Joint Base Thursday afternoon.

Marine Corps AH-1Z descended along Main Street in Wrightstown on the perimeter of the base around 3:30 p.m., according to the base’s public affairs department.

People on board were in stable condition Thursday afternoon.

The circumstances of the accident and the identity of those on board were not disclosed.

A declaration of the Marine Corp Reserve said those on board were from Marine Light Attack Helicopter Squadron (HMLA) 773, Marine Aircraft Group 49, 4th Marine Aircraft Wing. According to the squadron’s website, they are stationed at the common base.

The statement described the accident as an “incident” which did not result in any structural damage.

The AH-1Z can accommodate two people and is manufactured by Bell Helicopter. It is part of the company’s Huey helicopter lineup.

The base’s public affairs department did not respond to New Jersey 101.5’s request for information on Friday morning.

Update: Arrests in New Jersey in the January 6 riot at the United States Capitol

A year later, more than 20 people in New Jersey were charged with involvement in the Jan.6 uprising on the United States Capitol.

As the COVID-19 pandemic nears its third calendar year in New Jersey, some things have held true (hand washing, vaccination advice) while others have moved on with the latest variant (fewer antibody treatments monoclonal, new anti-viral pills).

Nasty NJ Town Nicknames – Have You Heard Of It?

Dennis and Judi asked their listeners for the nasty nicknames they heard referred to in their towns. How many have you heard? Which would you add?