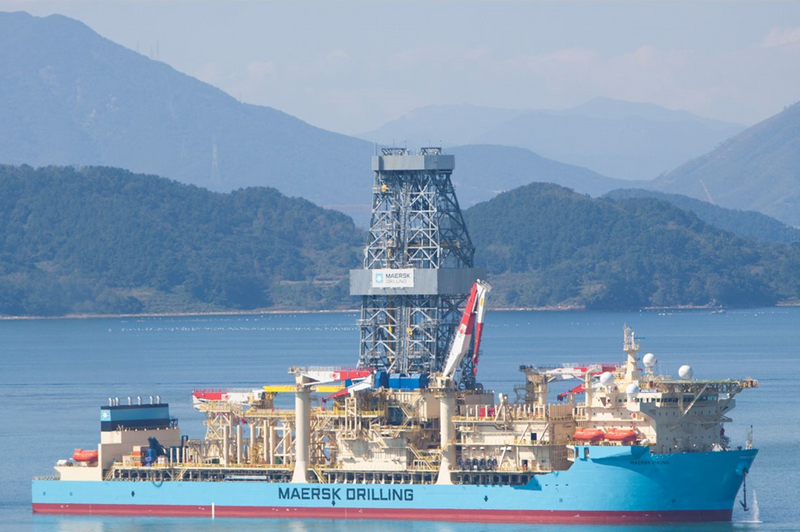 Oil major Shell has named Maersk Drilling’s Maersk Viking drillship its 2021 Global Platform of the Year in the float category, in recognition of the drillship’s performance during its time in Brunei Darussalam.

“Maersk Viking commenced a two-well exploration drilling contract with Brunei Shell Petroleum Company Sdn. Bhd. (BSP) in April 2021, and Shell justifies the Rig of the Year award with an excellent overall performance in all areas, including safety, operational efficiency and the safe and successful start of the campaign with BSP,” said Maersk Drilling.

“2021 has been an incredible year with many highlights for Maersk Viking, and it is a great honor to receive this award and recognition from Shell. This award is testament to how we have delivered best in class performance during the start and completion of operations in Brunei in a year that was further tested by COVID-19. I would like to thank all those who have helped us to ensure this success, both our highly dedicated and capable crew and many colleagues ashore, including the Gdansk-based Virtual Drill team, we are proud to be able to build on this success in our current campaign with Shell in Malaysia,” said Menno Bosma, Unit Manager, Maersk Viking.

In total, Maersk Drilling has won nine Rig of the Year awards from Shell over the past decade.

“We are extremely proud to receive this award which recognizes the extraordinary efforts of the entire Maersk Viking team working closely with our long-standing customers at BSP. I would like to congratulate everyone who has contributed to this success, including onshore and offshore colleagues as well as our partners with the customer and the service companies involved. This award is also a testament to how Shell and we are aligned in our approach to all aspects of operations, and how this collaboration produces excellent results,” said COO Morten Kelstrup of Maersk Drilling.

Maersk Viking is an ultra-deep drilling vessel which was delivered in 2013. It currently operates with Shell offshore Malaysia.

GameStop Stock: Not convinced by the company’s strategy (NYSE: GME)