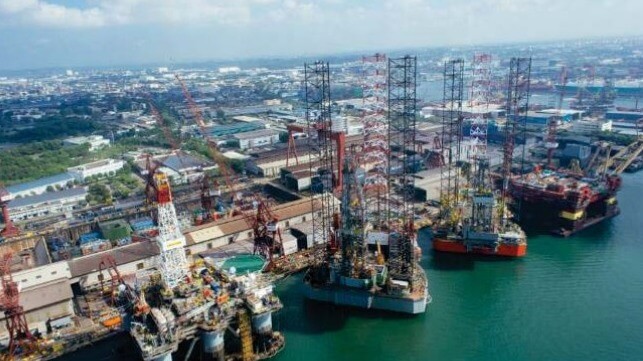 The merger has been a long time coming and it reflects the financial pressures facing offshore shipyards. In January 2021, after years of contraction in the offshore oil and gas sector, Keppel O&M announced that it would exit its core offshore platform construction and repair business and refocus its efforts on renewable energy. Loh Chin Hua, CEO of Keppel Corporation, described the transition as a series of “bold and decisive moves to transform Keppel O&M to ensure it remains relevant and competitive.”

At the time, Keppel said he was also exploring “inorganic options” for restructuring. Five months later, Keppel and Sembcorp signed a memorandum of understanding to explore a merger, and that agreement has now been updated.

According to the two rig builders, the combined company will be well-prepared to compete for “opportunities arising from decarbonization in the oil and gas sector and the global energy transition to renewables.” Potential opportunities could include infrastructure for wind, hydrogen and ammonia markets.

Following the transaction, Singaporean public investment company Temasek will be the largest shareholder of the combined entity with a 33.5% stake. Keppel O&M will sell all of its legacy platforms and unpaid accounts to a separate holding vehicle, which will be 90% owned by outside investors.

“[The agreement] brings together two leading O&M companies in Singapore to create a stronger player that can realize synergies and compete more effectively in the energy transition,” Loh Chin Hua said in a statement. “With the resolution of Keppel O&M legacy platforms, this is a step forward on Keppel’s Vision 2030 journey, as we simplify our business and sharpen our focus on providing solutions for a sustainable urbanization.