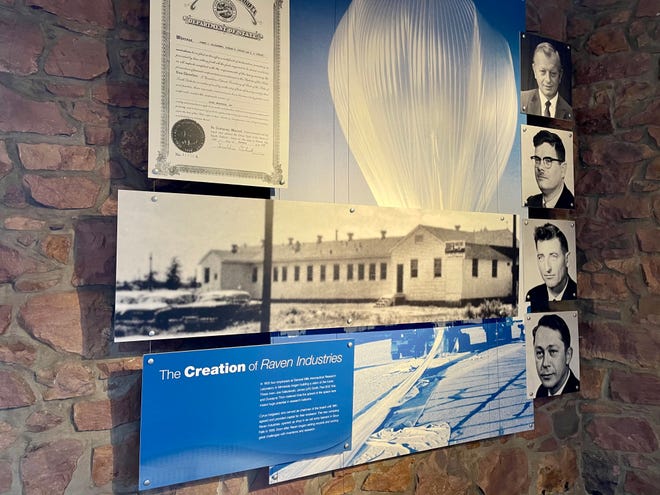 From start-up to $ 2 billion company: the Raven Industries share

Tech startups today are often built entirely online and are bought out in a matter of months. But there are still stories of classic companies going from good to great over the decades.

Step into Raven Industries, an old-fashioned history of success in the tech industry as a manufacturer.

From a small business in Sioux Falls to being coveted by one of the world’s leading agricultural equipment manufacturers, Raven’s success stems from a focus on creating the technology of tomorrow that can empower its customers. save time and money.

A historic start-up, the company went from science balloons to manufacturing plastics and then to two employees creating better GPS technology to run their agricultural production on tractors.

And they did everything as a private company until 1980, before registering as a publicly traded company.

Their claim to fame was the balloon, creating a scientific design that reached a record 150,000 feet in 1959. That’s when the company took off.

In 1960 Raven invented a modern hot air balloon and soon after bought an old cookie factory in downtown Sioux Falls. The Biscuit Building is still its modern headquarters at 205 E. 6th Street.

Whether it was the production of parachutes from 1965 onwards or the presentation of hot air balloons at Macy’s Day Parade in New York in 2014, Raven had become a brand.

The modern company focuses on aerospace, plastics and precision agriculture, the latter of which caught the attention of CNH International, the world’s second-largest agricultural equipment manufacturer.

These revenue streams run into the millions of dollars as these are two major industries in need of advancements such as guided lasers for tractors or vehicles related to agriculture. And Raven makes them, so CNH this week announced a planned takeover of Raven Industries on June 21, 2021.

From the early days until now, Raven’s success has come from innovation and calculated risk-taking.

For example, the company recently bought the intellectual property rights to a standalone robotics company, completed a balloon project with Google, and made protective gowns for Sanford Health at the start of the pandemic. It also launched an initiative that led to the construction of a STEM building at South Dakota State University, marking a tangible investment and expanding its footprint in the industry.

From military plastics contracts to efforts to make agriculture cheaper and more automated, the company has grown into a team of 1,300 people.

And their goal of creating technology that saves farmers money and is more environmentally sustainable has helped him turn his long-standing friendship with CNH into a marriage.

CNH intends to integrate Raven into its agricultural equipment division. And its executives say they are excited to be working with the Sioux Falls company “not only to improve productivity and profitability, but also to promote more sustainable solutions and environmental stewardship.”

From hot air balloons of yesteryear to today’s driverless tractors, Raven endured and survived until her $ 2 billion purchase.

Now he continues to work to make agriculture more automated and is part of global agriculture and other industries with his new partnership, making Raven Industries a part of the agro-technological revolution.

Creation of the Jollibee-Yoshinoya joint venture