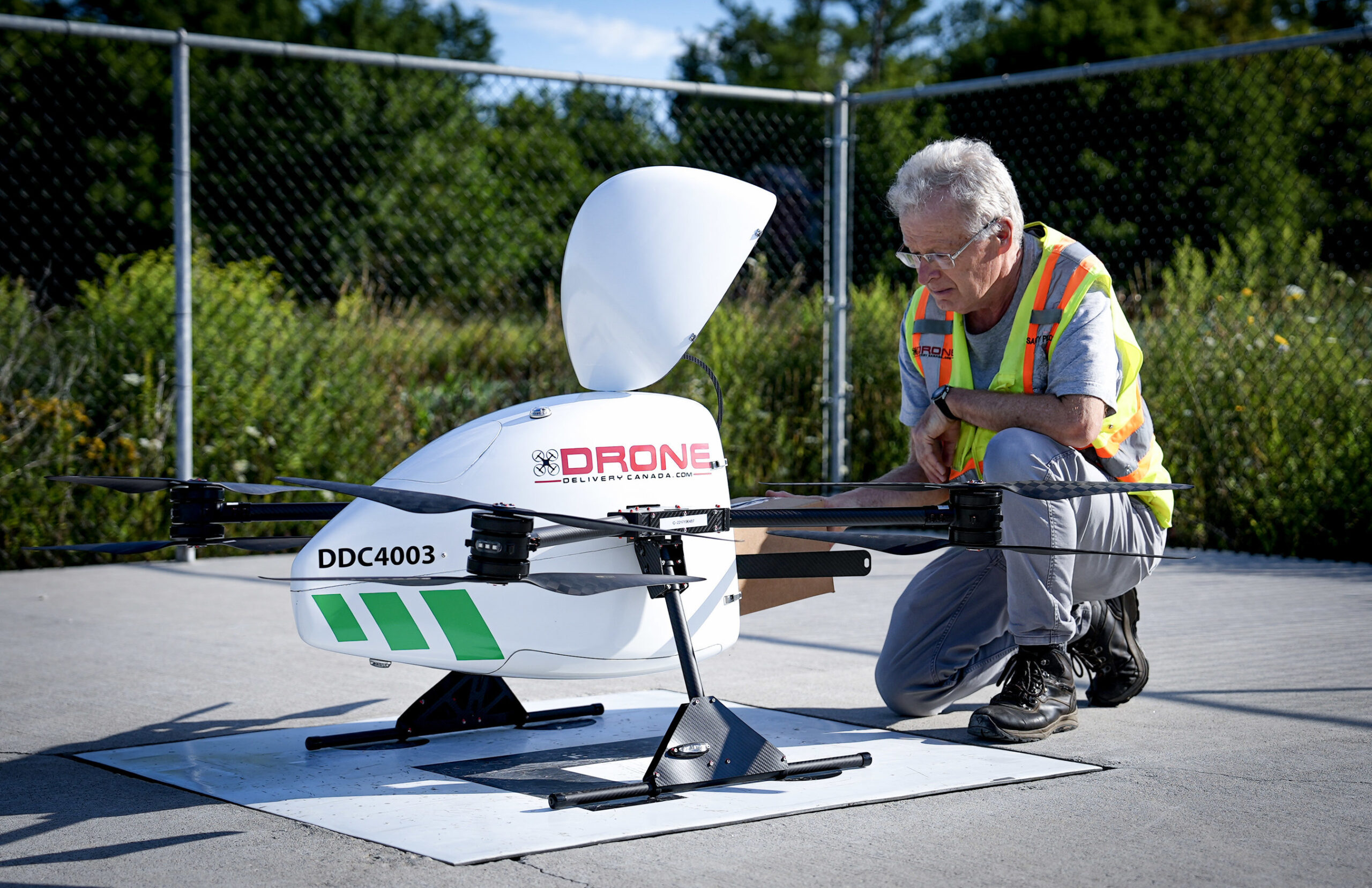 TORONTO — On September 28, Drone Delivery Canada Corp. provided an update on the successful parachute trials and development of the Canary drone.

Canary testing continues to progress on schedule with fully autonomous missions and an expanded flight envelope, including parachute validation testing.

DDC’s Canary drone has successfully passed the aerial deployment test of the parachute safety system as well as the automatic motor safety shutdown. Additionally, the team reports that they pushed the Canary up to 5,900 feet ASL with a full 4.5 kg payload to validate performance, including demonstrating its stability, fidelity and reliability. reliability. Additionally, the team tested the drone in both cold and hot weather, forcing it to operate at -35 degrees Celsius and +50 degrees Celsius. Finally, the team flew the drone to a maximum range of 21 km to ensure the validity of the drone’s range and payload capabilities. DDC engineers have a drop test program to conduct and the completion of the parachute flight test program, after which DDC will submit its declaration to Transport Canada that will allow the Canary to fly over people.

“The team has made incredible progress with the flight test program and validation to bring a drone to market that can fly over people. A drone like the Canary, with a weight class below 55 lbs (25 kg), will bring new opportunities and use cases for the healthcare industry as well as the retail environment (i.e. large-scale residential deliveries). ‘addressing these vertical markets with our award-winning solution is part of our strategic roadmap and is expected to open up underserved markets,” said Steve Magirias, CEO of DDC.

As part of the solution’s ecosystem, the company anticipates demand from existing customers to implement the Canary on new routes to optimize operations and increase serviceability.