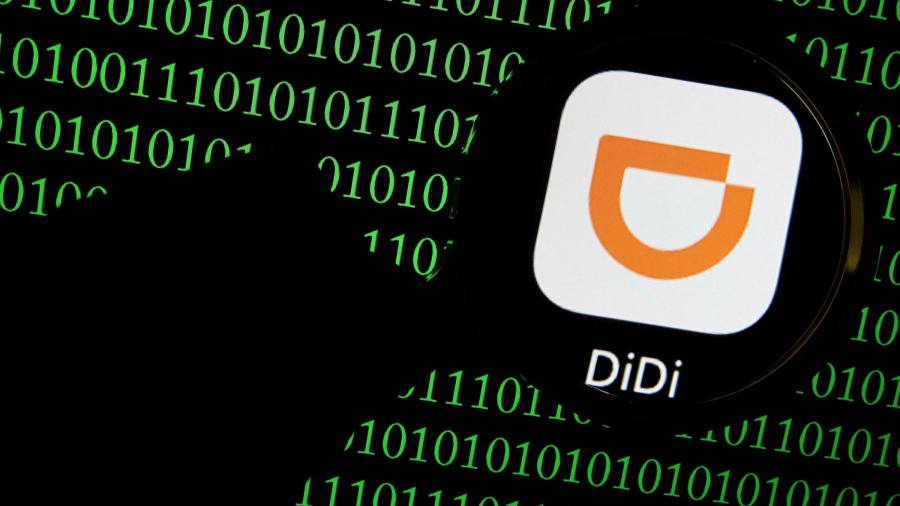 Didi Chuxing has banned current and former employees from selling company stock indefinitely, dealing another blow to staff at the Chinese ridesharing group which has come under intense regulatory scrutiny after it was listed in New York.

December 27 was supposed to mark the end of a 180-day period during which current and former staff were not allowed to sell shares, but the ban was extended without a new end date being set. , according to people familiar with the matter.

The change is the latest setback for employees of the group, which has lost 60% of its value, or about $ 38 billion in market capitalization, since its $ 4.4 billion IPO in New York in June. Chinese authorities launched an investigation into Didi’s data security practices days after the company went public and the group announced this month that it will be removing itself from the U.S. list and pursuing listing. in Hong Kong.

Shares of the company fell 5.2% in New York on Monday.

The company is still unable to enroll new users, and China’s cyberspace regulator has ordered app stores to remove 25 of its other apps, including those that register new drivers.

Government data shows that Didi’s number of trips in China has declined since its apps were pulled from online stores, with passenger trips in November dropping 11% from October.

Current and former Didi employees would not be able to sell shares until the company started trading successfully in Hong Kong, a person familiar with the situation said.

Didi employees said company morale was low and they were waiting for authorities to announce the results of their investigation.

â€œThere will certainly be a lot of people disappointed with this,â€ said Li Chengdong, head of Haitun e-commerce think tank.

â€œIf you’ve been running for three or four years and now there’s no date set for the Hong Kong IPO. . . probably for some employees, they will not want to wait any longer, maybe they will leave, â€he said.

However, a former member of the operations team said he was not bothered by the delay. â€œI wasn’t planning on selling at these prices anyway,â€ he said. “It will go up one day.”

Didi did not respond to a request for comment.

Big Didi investors will still be able to start selling their shares on Monday. This includes Vision Fund of SoftBank, Didi’s largest shareholder, which paid $ 11.8 billion for a 20.1% stake in 2019. The stake is now worth $ 5.4 billion and Didi’s growing problems weighed on the Japanese tech group’s share price.

SoftBank did not respond to a request for comment.

Uber, the US ridesharing group and major shareholder of Didi after merging its Chinese operations into the group in 2016, has said it will gradually divest its stake.

Didi’s other investors include Chinese tech groups Tencent and Alibaba, Apple, and dozens of venture capitalists.

Your crucial guide to the billions of dollars won and lost in the world of Asia Tech. An organized menu of exclusive news, precise analysis, smart data and the latest tech buzz from the FT and the Nikkei