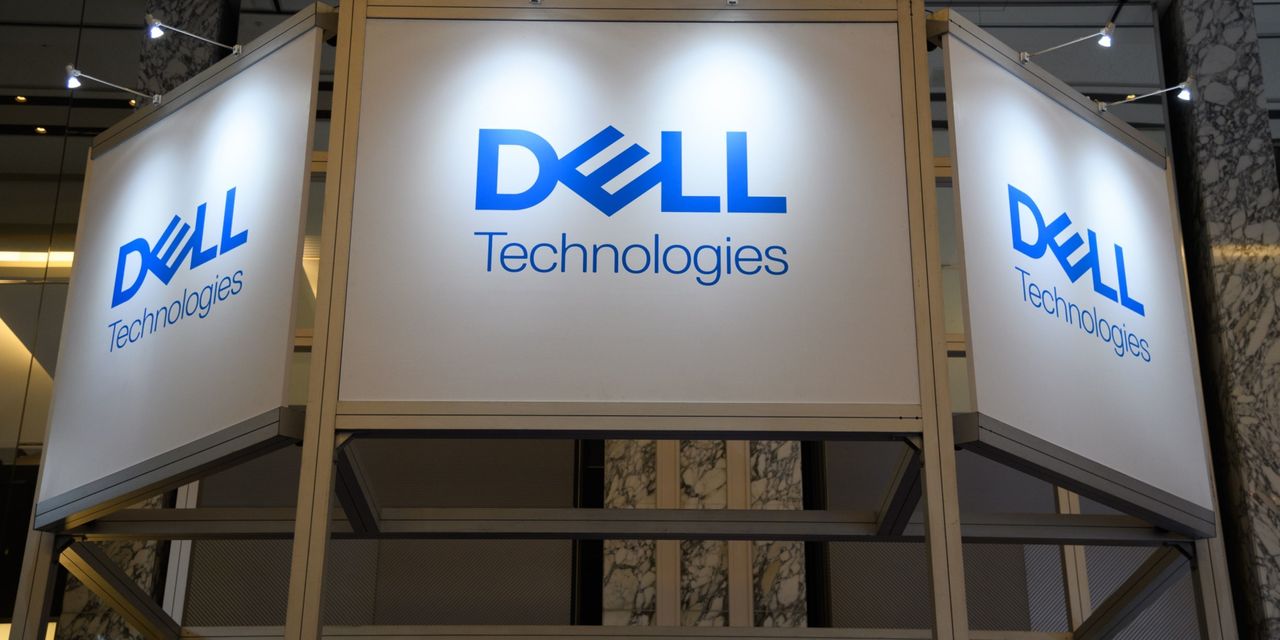 Shares of Dell Technologies Inc. fell in extended session Thursday after the computer maker’s earnings fell short of Wall Street expectations while the company’s board issued a dividend.

Adjusted earnings, which exclude stock-based compensation expense and other items, were $1.72 per share, compared to $1.76 per share for the same period last year. Analysts polled by FactSet had forecast earnings of $1.95 per share.

The company also said its board of directors had initiated a dividend, starting at 33 cents per share for the quarter, payable April 29 to shareholders of record as of April 20.

and a 0.9% drop in the tech-heavy Nasdaq COMP composite index,
.