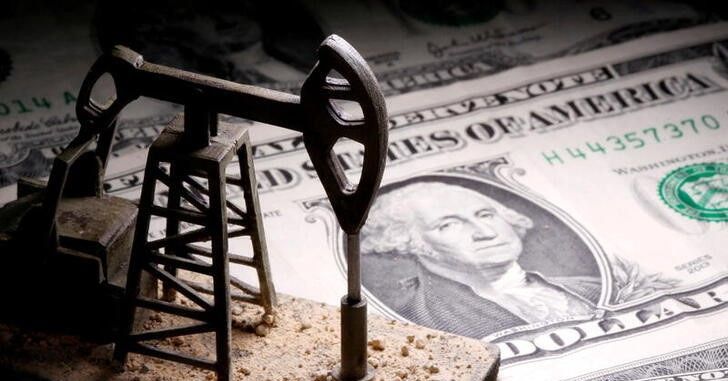 DUBAI, July 20 (Reuters) – A windfall of petrodollars is helping some Gulf Arab states repay debt and providing liquidity to others to diversify their oil-dependent economies, but it is also testing fiscal discipline as governments attempt to protect citizens from inflation.

Gulf oil producers pledged more caution this time as crude prices soared, seeking to learn from previous periods of plenty that quickly turned into periods of belt-tightening and deficits deep.

The six Gulf Arab states – Saudi Arabia, the United Arab Emirates, Kuwait, Qatar, Bahrain and Oman – are on track for budget surpluses, some for the first time in a decade, thanks to the strength oil prices and years of tax reforms.

Now, analysts say, they must maintain that conservative line.

Some signs are encouraging. Saudi Arabia, Kuwait and Bahrain have reduced spending in their current budgets, although the United Arab Emirates, Qatar and Oman are spending more. Most of the budgets were set before Russia invaded Ukraine, which helped push oil from under $80 a barrel at the end of 2021 to over $100 today.

Soaring crude prices and other inflationary pressures prompted central banks around the world to raise interest rates, including the US Federal Reserve. With most Gulf Arab states’ currencies pegged to the dollar – except for Kuwait’s, which is pegged to a basket of currencies – they have largely followed suit.

But inflation in the country, although not as high as elsewhere, has encouraged some, such as Saudi Arabia and the United Arab Emirates, to increase state spending on social protection to help citizens. Read more

“Inflation is not expected to spiral out of control, but the pressures are there,” said Ravi Bhatia, director and principal analyst at S&P Global Ratings. “I don’t think it’s going to be a game-changer fiscally.”

Annual inflation in the United Arab Emirates, the only Gulf state without caps on vehicle fuel prices, hit 3.3% in the first quarter, its highest level since August 2018. Gasoline prices have risen jumped 60% since February.

Seeking to offset these price pressures for citizens, Kuwait, which faced a cash crunch in 2020, approved a one-time grant for retirees totaling nearly 600 million dinars ($1.95 billion) . Oman has reduced electricity tariffs for households.

But the Gulf states are increasingly aware that the world’s long-term shift away from fossil fuels is limiting this oil premium, prompting them to spend more of their financial windfall on diversifying oil and gas-dependent economies.

Saudi Arabia, the United Arab Emirates and Oman, for example, have all presented plans to develop the production of “green” hydrogen, made by separating water using renewable energy.

Gulf sovereign wealth funds are also playing a role in expanding the role of private enterprise in economies that have long depended on state spending as the primary driver.

Scott Livermore, chief economist at Oxford Economics, said diversification spending away from oil would remain high, but added: “The area where ambitions could be reduced is in tax revenue diversification and reduction of employment in the public sector”.

Saudi Arabia, the world’s top oil exporter, which posted a budget surplus of $15.3 billion in the first quarter, said it was “decoupling” state spending from swings in oil prices.

That promise will be tested as early as September with the 2023 pre-budget statement. The kingdom has budgeted 955 billion riyals ($254 billion) this year, up from 990 billion riyals last year.

Part of the expected surplus, the kingdom’s first in nine years, is expected to go to the Public Investment Fund (PIF), the sovereign wealth fund which has announced plans to invest 1 trillion riyals in the country by 2025.

“We will see more spending on major national development projects, especially those under the purview of the PIF, and I would expect more transparency requirements in those project budgets,” Young said.

The United Arab Emirates said in June it was aiming to increase spending by 1.23 billion dirhams ($335 million) in 2022, about 2% more than originally planned for the year. Read more

Oman has further loosened its purse strings, increasing state budget spending by 12% to 12.1 billion rials ($31.4 billion) in 2022 compared to 2021, and increased its budget for development projects by 22% to 1.1 billion rials.

For Oman and Bahrain, both far less well-endowed with fossil fuels than their neighbors and the only Gulf Arab states classified as “trash,” the petrodollar windfall could ease debt pressure.

Monica Malik, chief economist at Abu Dhabi Commercial Bank, said this would help them in the short term, but added: “Their financing needs will remain high for debt repayment. So this will remain a problem in the years to come. come”.

S&P has revised its outlook for Kuwait, which has not tapped international debt markets in years, from stable to negative on a favorable oil price and production outlook, and forecasts a cumulative budget surplus of 18 % of GDP over 2022-2023.

Unlike its Gulf neighbours, gas is Qatar’s main economic driver, where its plans to expand liquefied natural gas (LNG) production could now help Europe as it tries to wean itself off Russian gas .

Kuwait, Qatar, Oman and Saudi Arabia have the largest energy sectors relative to GDP, in that order, and could experience the largest fiscal deterioration if a global economic slowdown weakens global fuel demand.

But even if the global economy proves more resilient, the global push to move away from fossil fuels remains a longer-term concern. “The biggest risk is a continued destruction of oil demand,” said Moody’s analyst Alexander Perjessy.

VN-Index is approaching the threshold of 1,200