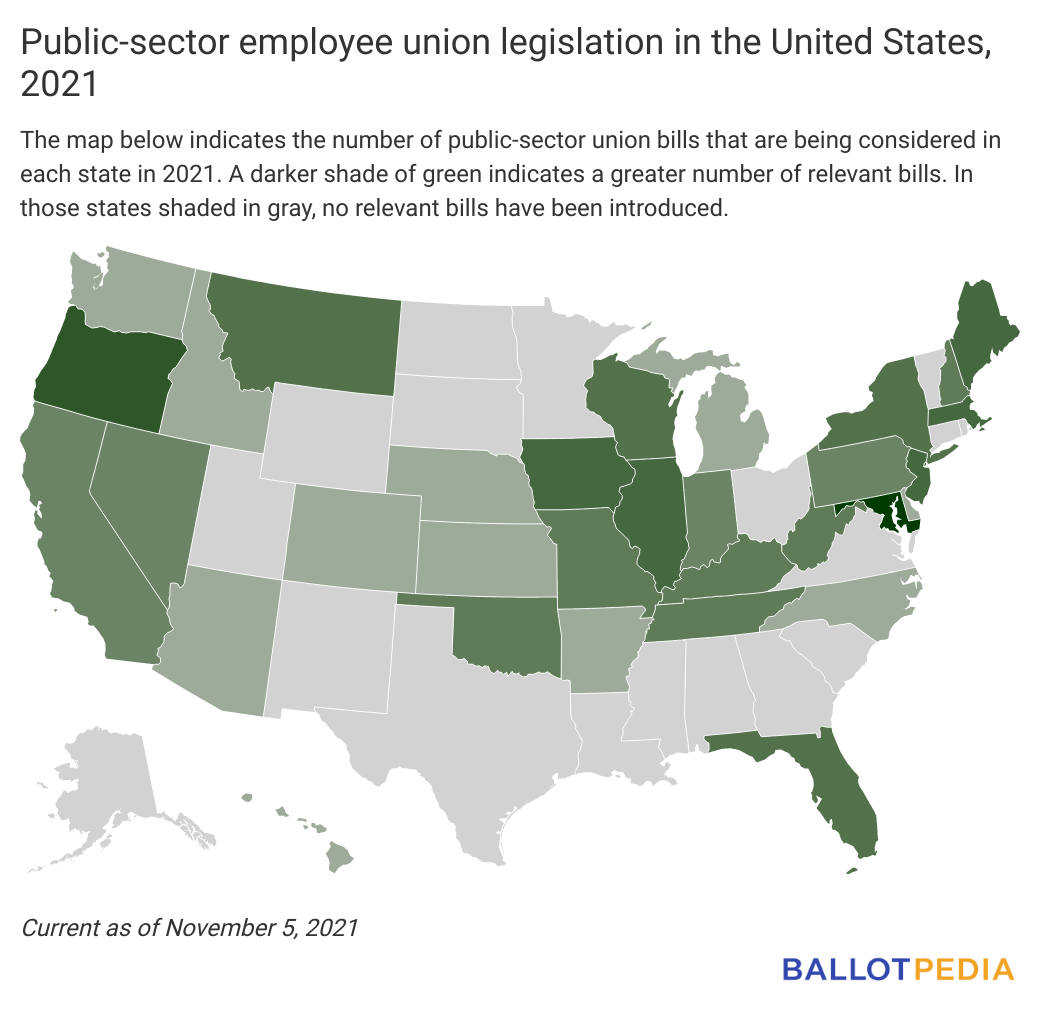 In our September 17 newsletter, we explored a number of responses from public sector unions to COVID-19 vaccine mandates. Today we will keep you updated on notable developments at the national, state and local levels.

AFGE’s response to the federal mandate on vaccines

On September 9, President Joe Biden (D) signed Executive Order 14043, which states that to promote the health and safety of personnel, it is “necessary to require vaccination against COVID-19 for all federal employees , subject to exceptions required by law. ”

On October 30, two unions affiliated with the American Federation of Government Employees (AFGE), AFGE Local 501 and Council of Prison Locals 33, filed a lawsuit against Biden and five other defendants in U.S. District Court for the Southern District of the Florida in response to the warrant. The two unions represent employees of federal prisons.

The unions allege the executive order and related policy “[deprived them] their due process rights under the Fourteenth Amendment to the United States Constitution as well as their fourteenth Amendment liberty rights to privacy, autonomy and personal identity, including the right to reject prescribed procedures and treatments.

California Governor Gavin Newsom (R) announced on July 26 that all state employees should be vaccinated against COVID-19 or undergo weekly testing, beginning August 2. SEIU Local 1000 has sent a cease and desist letter to the California Department. HR Department who said: “This is a change in the terms and conditions of work of our represented employees and requires a meeting and consultation with the union before implementing the change.” SEIU Local 1000 reached a settlement agreement with the state in September. A spokeswoman for the California Department of Human Resources said the deal would “[allow] state to continue the testing program while reaching a significant compromise on the changes that were important to our employee groups. SEIU Local 1000 said, â€œThe next fight will be at the table. â€¦ We continue to fight against unfair testing and vaccination requirements.

For more information on the 20 states that have issued vaccine requirements for state employees, click here.

Chicago, Illinois’ employee immunization policy required city employees to be fully immunized by Oct. 15 or undergo testing twice a week. The testing option is expected to end on December 31 for all employees without medical or religious exemptions.

On October 14, the Chicago Fraternal Order of Police and three other Chicago police unions filed a complaint in response to the warrant, alleging that the policy “imposes new terms of employment on [officers], without terminating collective negotiations and without engaging in the procedure for resolving the impasse of the respective collective agreements of the parties. The unions have sought to prevent the city from enforcing its policies, including reporting and testing requirements, until the mandate can be negotiated. Mayor Lori Lightfoot replied: “I am convinced that we have the law and the facts on our side.”

On November 1, Cook County Judge Raymond Mitchell blocked the application of the December 31 deadline to members of the police union until the issue was resolved through arbitration. Agents should still comply with the requirements for reporting their immunization status and undergoing testing, if they are not vaccinated.

Number of relevant invoices per state

We are currently following 102 pieces of legislation dealing with trade union policy for public sector employees. On the map below, a darker shade of green indicates more relevant invoices. Click here for a full list of all the invoices we track.

Number of relevant bills by partisan status of the sponsor (s)

Below is a full list of relevant legislative measures taken since our last issue.