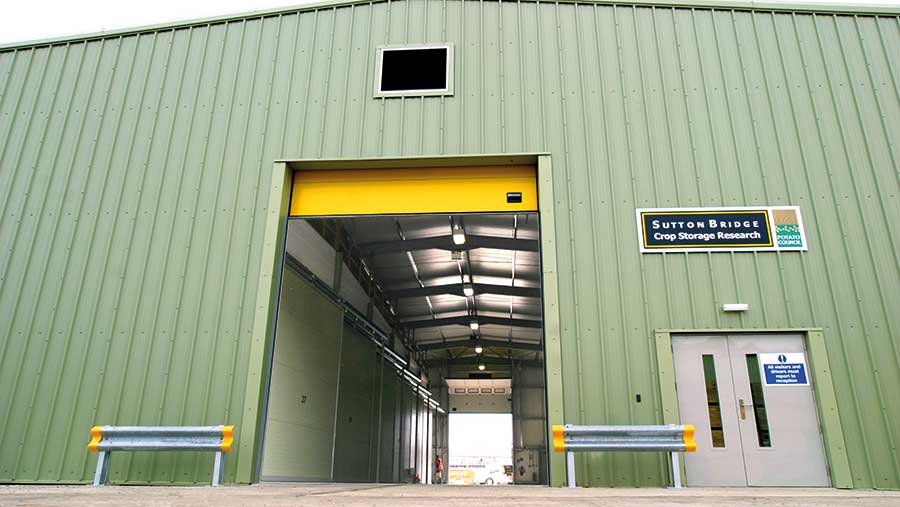 Alarm at the imminent closure of the crop storage research center

Calls are mounting to save the Sutton Bridge Crop Storage Research Center (SBCSR) from the smoldering embers of AHDB potatoes, after it emerged that all of its research activities will cease by May 2022.

In a yes / no ballot in March, the potato industry voted to remove the mandatory AHDB tax amid widespread dissatisfaction with how the tax fund was being managed.

In recent years, a multi-million pound slice of this tax has been invested in AHDB’s Sutton Bridge center in south-east Lincolnshire.

See also: Opinion: We are in the wrong debate on the AHDB

As part of the recent announcements of the phase-out of AHDB Potatoes, all new research projects at the facility will cease with immediate effect, with a rudimentary knowledge exchange continuing until May of next year.

Ray Andrews of Crop Systems, a potato storage specialist based in Norfolk, is seriously concerned about the rapid nature of its closure, especially at such a trying time for the storage industry.

Store managers no longer have access to economical anti-germ chlorpropham (CIPC) after its recent ban, and only limited alternatives are available, such as ethylene and mint oil.

The SBCSR was instrumental in testing new options such as DMN (1,4-dimethylnapthalene), but full approval in the UK has been delayed, although the asset is available in Ireland and in d ‘other parts of the EU.

Mr Andrews believes that if the center is closed further delays of up to two years are possible, putting UK producers at a significant competitive disadvantage compared to their European counterparts.

He is also concerned about the loss of scientific expertise stationed at the facility, which has been providing consulting, problem-solving and testing services, among others, since the 1960s.

Andrews said: â€œThe pressing question for taxpayers is simple: do you want to keep Sutton Bridge, or are you just going to drop it into oblivion? Could an industry-funded initiative or subscription-type model help increase operating costs? “

NFU Horticulture and Potato President Ali Capper said she was surprised by announcements of SBCSR liquidation, before final ministerial decision was taken on future of tax and AHDB potatoes.

Defra secretary George Eustice could still decide to maintain a statutory levy – whether the same or slightly lower – and that would see the mechanism by which the SBCSR is funded continue.

However, if there is further delay in the already awaited verdict, the NFU urges Defra to step in and fund ongoing projects and staff there to avoid information disruption and loss of valuable expertise. .

Ms Capper said: â€œIf it is ultimately decided to end the tax, there will have to be a new system and the industry will deal with it. I am sure most growers are keen to see potato storage research continue in the long term.

Rob Clayton of AHDB Potatoes said there was no update on the future of SBCSR and its business beyond what had already been posted on its website.

He is aware of the conversations taking place within the industry and among taxpayers about their future research needs, including storage.

However, he said that AHDB Potatoes could only provide advice and guidance on current practices and future ideas, rather than taking ownership and being directly involved.

What do the producers think?

John Bratley believes there is little to no production from AHDB Potatoes that cannot be provided by other organizations, including storage information and advice.

Mr Bratley was one of the original three ‘AHDB petitors’ who called for a yes / no vote on taxes on horticulture and potatoes.

He sympathizes with the staff of SBCSR during its liquidation, saying that the blame for its impending closure could be attributed to mismanagement by the hierarchy of AHDB Potatoes.

An example related to CIPC, he said, with many in the industry anticipating the ban long before a final decision is made.

However, AHDB Potatoes did not have the same kind of foresight or agility to quickly test the pros and cons of available alternatives before taxpayers lose the long-standing product.

“There should have been clear advice on the pros and cons of peppermint oil and ethylene by then, whether in cold stores, room temperature stores, in the fresh sectors. or transformation. Instead, we had very little clarity, â€he said.

Mr Bratley suspects that a private research firm or similar will acquire the Sutton Bridge facility, and if resuscitated, could become a “pearl for the industry”.

However, given the decisive outcome of the ballot, he said it would be difficult to convince voters ‘no’ to buy a facility deemed dispensable in March, unless there was a clear plan and convincing to manage the SBCSR more effectively.

With 80% of his potato crop in storage each year, James Harrison is very concerned about the closure of SBCSR.

In its processing crops, the company has relied on mint oil to suppress in-store sprouting since the 2020 harvest, and has experienced significant tuber weight loss and increased costs.

He hopes this can be resolved through the early approval of the DMN, but fears that without the SBCSR’s research for relevant data collection, it will not be available soon enough.

This also applies to other as yet unknown innovations that will help producers improve store management, he says, at a time when production costs are only going one way.

Mr. Harrison concedes that certain activities of the Levy Board have not been of great value to his business, such as marketing and promotion.

However, there are some things that offer good value, such as industry advocacy – seen recently during the development of acrylamide legislation – and storage research.

As a member of the Growers’ Better Levy working group, he supports industry-funded uncompetitive R&D and innovation, although the group has yet to propose how a new fundraising model would work.

â€œWe also need to think about where the next [SBCSR experts] Adrian Cunnington or Glyn Harper are coming from there, â€he said.

â€œThe industry needs a functioning Sutton Bridge to attract the next generation of researchers. From where I’m sitting, that’s a major concern if it’s closed for good. “

Timeline: The impending demise of SBCSR

May 13 The AHDB declares the cessation of all activities that could be restarted by producer associations, individuals or the supply chain, but makes no specific mention of the search for storage

How to have a good meeting