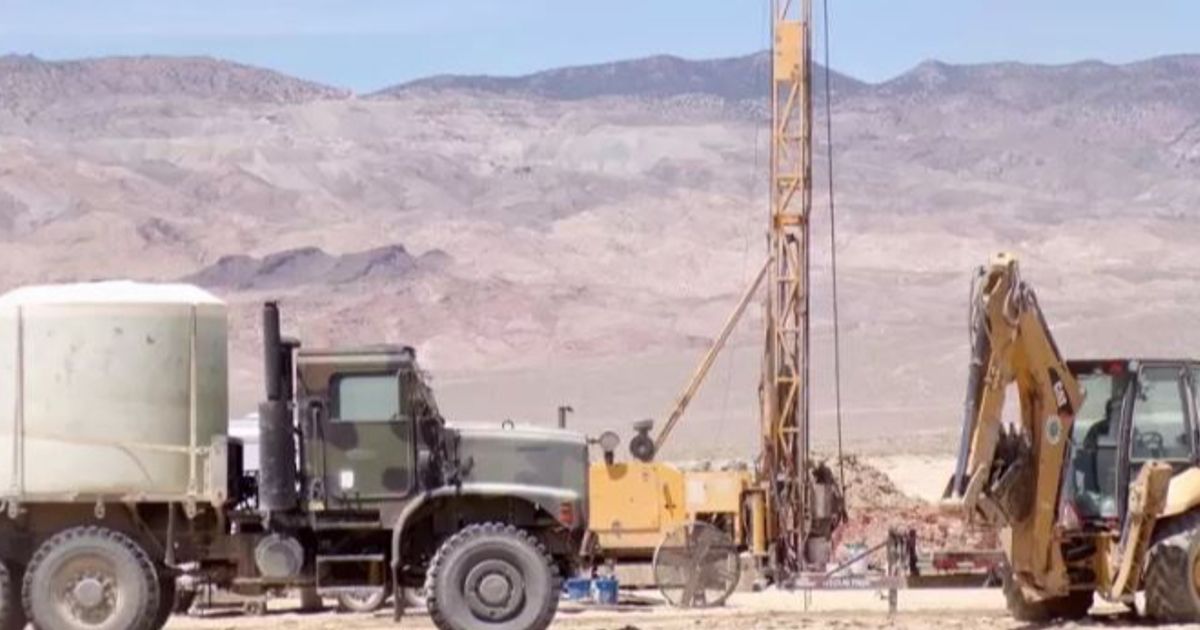 ACME Lithium Inc announced that it has successfully completed hole DH-1 at the Clayton Valley Lithium Brine Project at a total depth of 1,400 feet (427 meters) below ground surface.

The Carson City, Nevada-based mining exploration company said prospective basin sediments were encountered and delineated as highly probable for aquifer units based on permeability characteristics, lithology and color. The core corresponds to the known stratigraphy of the basin.

Specifically, multiple permeability features composed of coarse sands and gravels, and sand and gravel with a weak clay matrix were encountered from approximately 479 feet to 1,400 feet.

From the recorded core, these permeability features increased in frequency and depth below the silt and clay dominated stratigraphy higher in the hole above 479 feet. A second layer of ash or lacustrine tuff was encountered between 1,180 and 1,250 feet, which also exhibits characteristics of a potential lithium-bearing aquifer deeper in the Clayton Valley depositional sequence, the company said.

Cemented surface casing was installed at a depth of 200 feet and three inch perforated PVC casing was installed from 200 feet. The perforations allow formation fluids to flow through the casing. Downhole logs and geophysical surveys were completed for hole deviation, natural gamma, fluid conductivity and temperature.

The company said natural gamma, fluid conductivity and temperature records all indicate possible areas of brine entry beginning at about 850 feet with electrical conductivity and total dissolved solids increasing with depth down to 1,400 feet.

Fluids in the wellbore will be developed out of the hole by airlift to remove potential drilling contaminants. Upon completion of well development activities, individual composite passive zone samples will be collected using HydraSleeve and Snap Sampler technology. Sampling areas will target stratigraphic features likely to contain brine, the company said. These samples will be sent to an independent laboratory and analyzed for lithium, boron and other minerals typical of lithium-enriched brine systems.

The fluids in the casing are expected to stratify by density, so the resulting data will indicate whether potentially economical lithium brines are present. If so, the geological and geophysical data will help identify specific horizons to be tested in a Phase 1B drilling program which will include a separate larger diameter well for completion of permeability testing and sampling. from the brine aquifer.

According to the company, Phase 1B is expected to be executed during the third and fourth quarters of 2022.

ACME’s Clayton Valley Nevada lithium brine project is contiguous to the northwest of Albermarle’s Silverpeak lithium deposit which has been in production since 1966.

Pharmaceutical stock down 25% from highs. Brokerages have a “Buy” tag